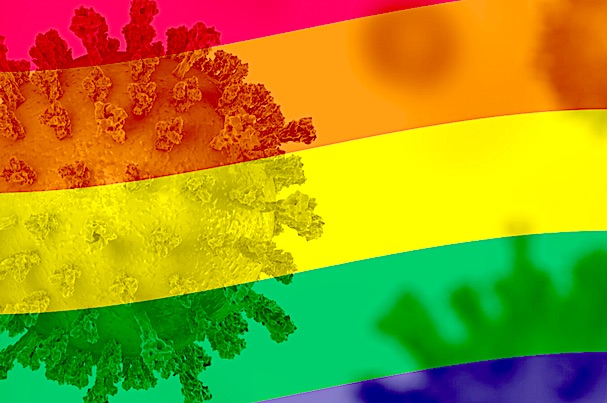 Poland’s Education Minister, Dariusz Piontkowski, has defended a school superintendent who warned the public during a recent interview on a Catholic radio show that young people are threatened by an “LGBT virus” even more dangerous than COVID-19:

The words did not incite hatred, argues the minister, who reiterated that he and the government are opposed to “the propagation of an aggressive ideology” in schools by LGBT groups.

The original comments were made last week by Grzegorz Wierzchowski, the education superintendent in the Łódź Province, a position with responsibility for supervising schools and overseeing the implementation of education policy for the region of 2.5 million people.

“I think that this LGBT virus, a virus of ideology, is much more dangerous” than coronavirus, Wierzchowski told Catholic broadcaster TV Trwam. “It is a virus [that] dehumanises society, dehumanises young people, taking away their value.”

“We are dealing with a dictatorship,” he warned. “A dictatorship of people who are in a clear minority and impose their ideology”, which is a “mutation of Marxism”.

The [United Poland] party issued a statement saying that it “fully shares the opinion of the education superintendent about the threat to Polish youth posed by aggressive and discriminatory LGBT ideology”. His dismissal has “caused great concern among our voters.”

Outside the “rootless cosmopolitans” and “cultural elite” in Warsaw and Krakow, there are very few ethnic Poles over the age of 25 who support LGBT bolshevism.

Having so recently risen from the ashes of Jewish communism, the Poles can recognize “LGBT ideology” exactly for what it is — a vehicle for the destruction of the Polish people and its Christian identity.

And the Polish political leaders know exactly (((who))) is behind this relentless promotion of sodomy — but they are politically savvy enough to cloak it in dog whistles of “marxism”.

And unlike the infiltrated churches in the West that are actively aiding and abetting socialism and communism, the Catholic Church in Poland openly supports Christian nationalism while opposing Jewish Marxism.

But make no mistake — the Jews in Poland, though small in number, are still disproportionately powerful — they can and will muzzle anyone who eschews politically correct dog whistles and attempts to speak openly of relentless Jewish attempts at subversion.

God will continue to protect Poland as long as it publicly proclaims itself to be a Christian nation — but if it ever changes its tune and declares itself to be “pluralistic” and “multicultural” —  its decline will be rapid and irreversible, like that of ‘enlightened’ France and anti-Christian and ‘progressive’ Sweden.