Polish MEP Warns Illegal Migrants: “If You Don’t Want To Be Shot, Don’t Come To Our Borders” 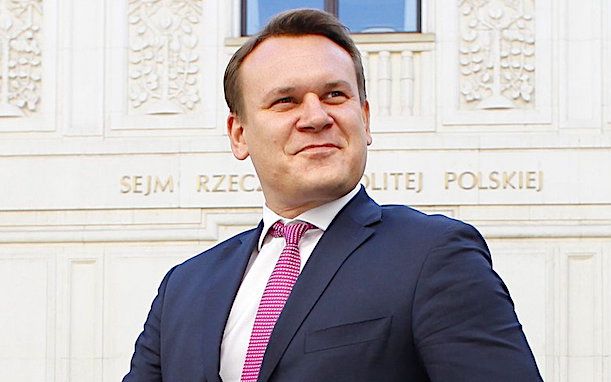 No politician in America or western Europe has the courage to speak so forcefully about defending their own borders because to speak as if your borders have any real meaning has become racist, xenophobic, and of course, antisemitic, unless you’re Israel.

If a country wants to solve it’s illegal border crossings, all it has to do is legally shoot a few of these invaders, and that will put an end to this whole charade immediately.  News will travel fast among the migrants.

And that’s exactly what this is going to come down to — which of these White Christian countries has the will to survive?  For the ones that do, they are going to be given no alternative but to use live ammunition to defend themselves.

Turkey just announced it opened its European border to Syrian migrant-invaders, fulfilling a former threat to flood Europe with ‘refugees’.

Those that try to cross through Poland are going to be in for a rude welcome.

Poland saved Europe from the Turkish invasion in the 17th century at the Battle of Vienna.  Poland’s winged hussars were the greatest and most feared cavalry in all of Europe, and the King of Poland, Jan Sobieski, personally led them into battle: