Polish MP Dominik Tarczyński: The Soul of Europe Must Remain Christian To Survive 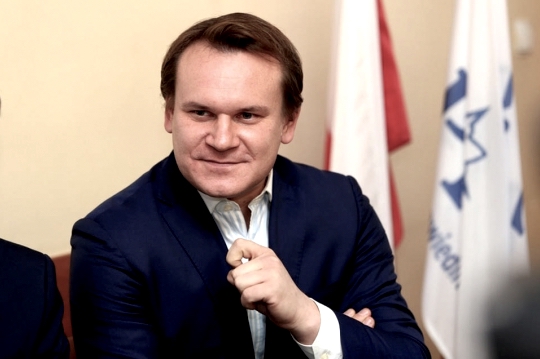 In a recent interview, Polish Member of Parliament, Dominik Tarczyński asserted that western Europe has lost its soul, and that in order to survive it must return to its Christian roots as Poland has:

Q: What can you tell me about the difference between Western Europe and Eastern Europe? How and when did this difference originate?

A: Values. A nation which are losing their values are losing their soul. This is what is happening now in Poland. Our soul is alive, the west’s soul is dead. In Eastern Europe we don’t want to see our Christian values lost. The West has lost its soul. Poland’s soul is still alive.

“We’re going to get Europe back to the Christianity. This is who we are. This is what it is about our continent.”

Q: You have been very forthright about your views on Islam. Poland has been against taking migrants since the start, why is it such an important issue for Poland?

A: During the campaign we went to the people of Poland and talked with them. We asked them what to them is most important. We are doing what they want. The issue of illegal immigrants and our safety was the most important.

Q: What is your hope for the future of Poland?

European doesn’t mean diverse, European means Christian European this is what it is for our continent

If the politicians would decide to become Muslims, I don’t mind. You know Poland and Europe, most of the Europe states are democratic and anyone can believe whatever he wants to believe, but in Poland I will fight for Christianity for what my ancestors were fighting for. It’s what my grandpa fought for and that’s it, it’s very simple.

I want to be a European. And European doesn’t mean diverse, European means Christian European this is what it is for our continent. Unless, well, Saudi Arabia will decide to be diverse and they will let us build the Cathedral there.

I can pay for it, I don’t mind. I’m serious if they want to have mosques in Warsaw they will have to let me pay for the Cathedral in Saudi Arabia. I will pay for it.

[The Polish government have put together a brilliant video of the history of Poland and as Dominik says, this is why the people of Poland will never allow their country to be overtaken by Islam. It is a compelling and moving video that I highly recommend.]

White Europeans who believe that they can have a future without returning to their Christian cultural and spiritual roots are only fooling themselves.

The battle lines couldn’t be more obviously drawn up — the “pluralistic” and “democratic” multicultural western European countries are falling apart before our eyes, as they’ve embraced the values of their jewish overlords and allowed themselves to be flooded with parasitical Arabs and Africans who will suck them dry.

Historically, Europe is known as Christendom, and the term Christian was synonymous with “White man”.

The Poles and Hungarians have made this simple equation the foundation of their post-Soviet societies, and over the next 25 years they will continue to prosper and grow while atheistic western Europe strangles on its godless multiculturalism and egalitarianism.

Tarczynski is not exaggerating — without Christianity, Europe has lost its soul, literally.