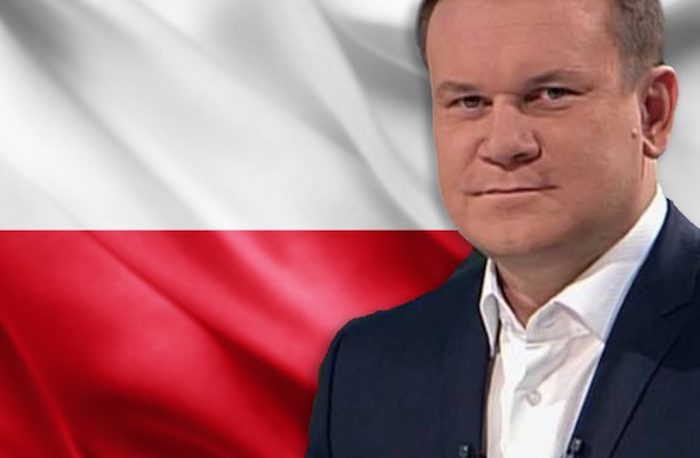 As atheist liberals in western Europe continue down their death spiral of non-White immigration and welfare bureaucracy, Poland continues to stand firm against the invading hordes:

Dominik Tarczyński is proud that Poland did not receive a single Muslim immigrant from the Middle East. Interviewed by Swedish newspaper Nyheter Idag, he has a clear message for the Swedish people: Change government.

Tarczyński is an MP of the ruling Government Law and Justice party and also a prominent member of the Council of Europe.

…When asked if there is any situation he can imagine Poland taking Muslim migrants, he emphatically says: “No no no! Absolutely no! Zero again, I love my zero.” He continues with why Poland should not take in a single Muslim immigrant.

The Swedish government is not impressed, accusing that Poland is not in solidarity with other EU countries that receive large numbers of migrants. Justice Minister Morgan Johansson calling Poland’s national day celebrations as “Great Right-wing Demonstration in Poland.”

Under communism the cross was not allowed, it was put up a few years ago. The left-wing politicians protested but that political group is no longer in parliament. He quips that they say the one who is fighting against the cross will always lose.

He considers himself a sort of modern day crusader: “We are fighting for the Christian values. We are Christians. We are not Christians in name only. We can be called Modern Crusaders because there is a war going on. It is a war of civilisations.”

Tarczyński is known for his resistance to “illegal Muslim migration” to Europe. When interviewed by Cathy Newman of Channel 4 in Britain, he says he is proud that Poland has not received a single Muslim migrant from the Middle East. A message he says repeatedly in all media.

Up until recently, Europe was known as Christendom, and it was under the Christian sign of The Cross that it fought back against the invading non-White hordes.  Now that the liberal establishment has outlawed the public display of the Cross, the invaders are welcomed without a sword being drawn or a shot fired.

And it was the Poles who came to the rescue of Europe at the Battle of Vienna in 1683 and fought back the Asiatic hordes.  Had it not been for them, there would be a Mosque in the center of Paris today, not the Eiffel Tower.  And Tarcynski is correct–those who fight against The Cross will lose–and those who fight without The Cross will also lose.