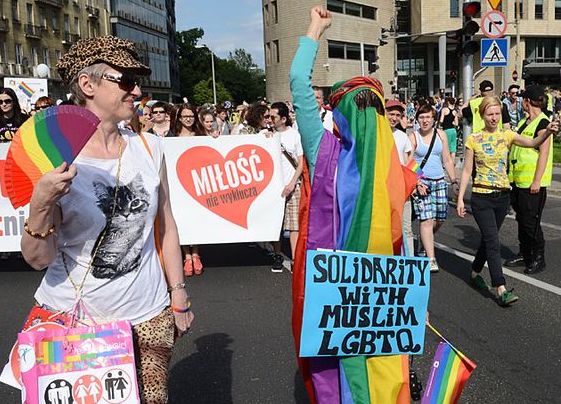 Several schools in Poland have canceled activities promoting tolerance for gays and lesbians following government pressure and threats in some places:

More than 200 schools had planned to take part in “Rainbow Friday,” an anti-discrimination event that a civic rights group, the Campaign Against Homophobia, had promoted in hopes of building greater acceptance for LGBT students.

Private broadcaster TVN reported that some schools pulled out of the event following an outcry.

The education minister of Poland’s conservative government, Anna Zalewska, had warned ahead of time that any principals who allowed such events to take place could face negative consequences. She also asked parents to report any such activities to authorities.

It was not immediately clear how many schools canceled their plans to participate.

The jewish-controlled AP news service wants to spin this story to suggest that the cancellation was due to pressure from the vast “right wing” government which now runs Poland, but it’s far more likely that the “outcry” came from Christian parents who understandably don’t want the young, impressionable children subjected to this subversive ideology that undermines healthy and normal families.

The media runs regular stories like this to convince the public that Poland is still a “backward” and “repressive” Catholic country which abuses basic “human” rights.  Despite the fact that many churches in western Europe and America have caved in to the LGBT agenda, it’s not likely that the churches in Poland will follow suit — they understand that there is no common ground between Christianity and sodomy.  This isn’t a view enforced from the government but rather from the people themselves.