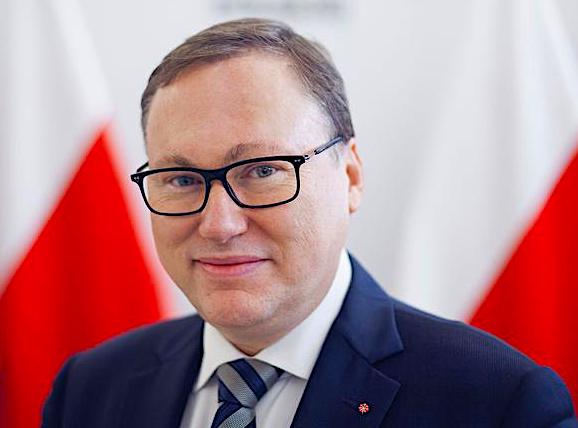 Grzegorz Bierecki, a Polish senator who caused outrage among Jews by saying Poland should be “purged” of those “not worthy of belonging to our national community,” apologized that his words were taken completely out of context in order to vilify him and his nationalist party:

Grzegorz Bierecki made his controversial comments Wednesday during a ceremony in his eastern Polish constituency of Biala Podlaska on the ninth anniversary of a plane crash that killed the Polish president and 95 others.

“We will not stop until we have fully purged Poland of people who are not worthy of belonging to our national community,” Bierecki said. A clip of his words circulated on social media and drew condemnation.

Many of the critics of the ruling Law and Justice party, to which Bierecki belongs, said his language recalled that of fascists in the 1930s.

Bierecki is an influential financial backer of several pro-government media outlets that have shaped public discourse in recent years.

In an interview Thursday with the pro-government wPolityce news portal, Bierecki said his remarks were misunderstood, and dismissed the idea that he wants to purge some from the country as “obvious nonsense.”

Asked if he would apologize, Bierecki said: “I can say that I am very sorry that someone could interpret my words like that.”

He said he only meant that those responsible for the 2010 plane crash in Russia, which killed President Lech Kaczynski and 95 others, “should not perform public functions, should not be present in Polish politics.”

Many of the victims were members of the Law and Justice party, which is led by the late president’s surviving twin brother Jaroslaw Kaczynski. Some in the ruling party blame rival Donald Tusk, the prime minister at the time who is now a top EU leader, accusing him of failing to ensure the security of the presidential delegation.

The Jews have been kicked out of European countries and independent States over 109 times, so it should come as no surprise that they are so easily sent into a panic when a leader of any White Christian country starts talking about “purging” the “unworthies” who are intent upon subverting and destroying the foundations of the nation.  It’s almost as if the Jews know that another “purge” is inevitable, so their instinct is to shame and censor anyone who even suggests such a possibility.

Let’s not be naive here: clearly the Law & Justice Party in Poland knows full well that the Jews have been working tirelessly to undermine and “purge” them from power.  There is also a completely justifiable suspicion in Poland that certain Jews may have had a hand in the convenient plane crash that killed 95 of their party members and supporters.  Bierecki knew exactly what he was saying, along with its implications, and the Jews aren’t buying his apology.  The Poles and Jews will continue to play this cat and mouse game until all the lies are eventually exposed.