Poll Shows Americans Believe There Are 10 Times More Gays In U.S. Than There Actually Are 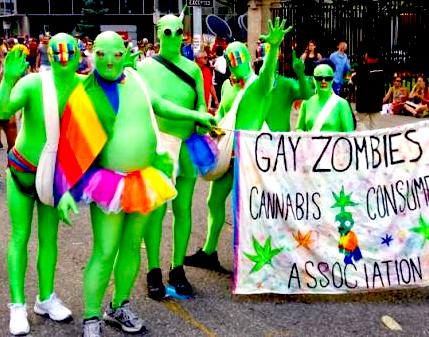 A new Gallup poll shows that the non-stop pro-LGBT media propaganda blitz has been so successful that U.S. adults grossly over-estimate that nearly one in four Americans (23.6%) are gay or lesbian rather than their actual numbers of only 2%:

Gallup has previously found that Americans have greatly overestimated the U.S. gay population, recording similar average estimates of 24.6% in 2011 and 23.2% in 2015.  In each of the three polls in which Gallup has asked this question, a majority of Americans estimated this population to be 20% or greater.

Americans’ estimate of the proportion of gay people in the U.S. is more than five times Gallup’s more encompassing 2017 estimate that 4.5% of Americans are LGBT, based on respondents’ self-identification as being lesbian, gay, bisexual or transgender.

In 2002, Gallup asked Americans to estimate the proportion of men and women who are gay or lesbian, respectively. The results were nearly identical, with an average estimate that 21% of men and 22% of women were gay.

As Gallup pointed out in its initial estimate of the entire LGBT population in 2012, “Exactly who makes up the LGBT community and how this group should be measured is a subject of some debate,” and “there are a number of ways to measure lesbian, gay, and bisexual orientation, and transgender status. Sexual orientation can be assessed by measuring identity as well as sexual behaviors and attractions.”

Thus, Gallup’s methodology is not the only way to estimate the percentage of the population that is gay or lesbian. Still, all available estimates of the actual gay and lesbian population in the U.S. are far lower than what the public estimates, and no measurement procedure has produced any figures suggesting that more than one out of five Americans are gay or lesbian.

Over-estimations of the nation’s gay population may in part be due to the group’s out-sized visibility. An annual report by GLAAD, an LGBT advocacy group, found that representation of LGBT people as television series regulars on broadcast primetime scripted programming reached an all-time high of 8.8% in the 2018-2019 television season, which is nearly twice Gallup’s estimate of the actual population.

But Americans have overestimated the sizes of other minority groups in the past as well, including U.S. blacks and Hispanics.

Among political partisans, Democrats and independents estimate that about a quarter of Americans are gay or lesbian, while the average approximation among Republicans is a bit lower (18.3%).

Even the groups offering the lowest average estimates of gays and lesbians in the U.S. exceed Gallup’s figure on all LGBT identification by about four times.

For years, most people were told that 10% of the U.S. population was gay, but that claim was a complete fabrication promoted by the human sexuality “expert”, Alfred Kinsey, who was both a closet homosexual and a pedophile.  He also claimed that upwards of 40% of married men consorted with prostitutes when, in fact, the actual numbers are less than 1%.  Independent surveys consistently, including ones done by the Centers for Disease Control, showed that the actual number of homosexuals was around 2%, much to the dismay of the pro-LGBT mafia.

That said, what is alarming about these new polling numbers is just how far the sodomite agenda has been “normalized” into the  average American’s mind.  Homosexuals have virtually nothing in common with heterosexuals except for the fact that they have a pulse and can cast a shadow in the sun, otherwise, their so-called “lifestyle” is a God-less death cult in which sexually-confused and psychologically- and spiritually-damaged people are told they are normal and healthy, and have no need of help.  In fact, according to the intense psychological grooming they endure, they are told that they are actually morally superior to anyone who disapproves of their lifestyle.