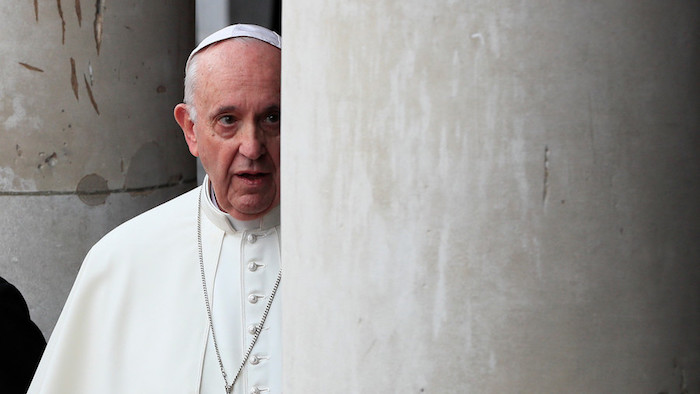 While traveling this past weekend, Pope Francis, in a rare moment of sanity, said that parents of children who showed homosexual behavior should seek psychiatric help:

Pope Francis told a reporter that parents should seek psychiatric help if their children had homosexual tendencies. The Vatican says he did not mean it and removed those words from the official transcript, however.

The comment in question was reportedly made as the pontiff was flying back to Rome from Ireland on Sunday. While the Pope has earlier implied that there is nothing wrong with being gay, this time he said that “a lot that can be done through psychiatry” no later than in childhood and added that ignoring such a child is “error of fatherhood or motherhood.”

“When it shows itself from childhood, there is a lot that can be done through psychiatry, to see how things are. It is something else if it shows itself after 20 years,” Pope Francis told reporters, as cited by multiple outlets.

However, that reference was not included in a transcript published by the Holy See Press Office on Monday.

The Vatican did not deny the alteration, saying that the quote had been erased to avoid confusion.

“When the Pope referred to ‘psychiatry’, it is clear that he was doing it to highlight an example of ‘things that can be done’. But with that word he didn’t mean to say that it [homosexuality] was a ‘mental illness’,” a Vatican spokeswoman told AFP.

Up until 1972, the American Psychiatric Association listed homosexuality as a mental and emotional disorder based on hundreds of scientific studies. However that designation was changed, not through more reliable scientific findings, but rather through intense lobbying by outraged gay rights advocacy groups. And so the Pope’s recommendations for gay children is completely consistent with the scientific facts.

Of course, the Vatican had to go into spin control and explain what the Pope “really” meant by his comments–after all, his comments certainly offended thousands of gay priests protected by the Catholic Church. No doubt many of these gay priests were molested as children themselves–and perhaps if they had gotten the psychiatric help that the Pope recommended, they wouldn’t have become priests as adults and started the cycle all over again.