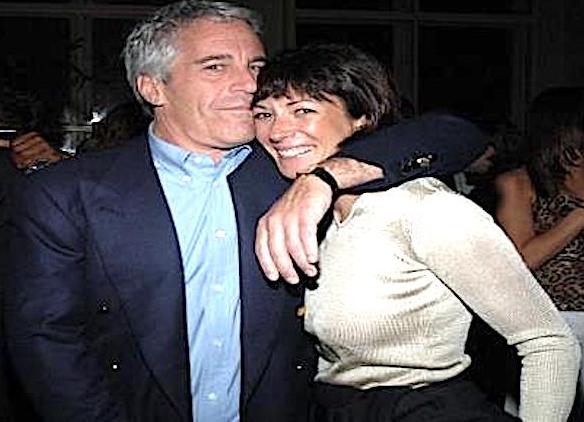 Ghislaine Maxwell, the “British” socialite who’s long been accused of serving as Jeffrey Epstein’s pimp, is hiding in a series of safe houses, primariily in Israel and the U.K., and is being “protected because of the information she has on the world’s most powerful people”:

Maxwell, 58, allegedly procured young women and groomed them to have sex with Epstein and his wealthy pals, but she has remained out of public view after the convicted sex offender’s re-arrest last year and his death in jail in August. She has always denied any wrongdoing.

On the heels of a Reuters report that Maxwell was the main focus of an investigation by the FBI into several “people who facilitated” the “dead” [ed.] pedophile’s alleged sexual abuse, a source tells Page Six: “Ghislaine is protected. She and Jeffrey were assets of sorts for multiple foreign governments. They would trade information about the powerful people caught in his net — caught at Epstein’s house.”

The source added of Ghislaine, who has homes in Manhattan and London, “She is not in the US, she moves around. She is sometimes in the UK, but most often in other countries, such as Israel, where her powerful contacts have provided her with safe houses and protection.”

The source added that Britain’s disgraced Prince Andrew had begged Maxwell to come forward and give an interview to protect him after he was accused of having sex with one of Epstein’s most vocal accusers, Virginia Roberts Giuffre, which he strongly denies. But Maxwell refused, forcing the prince to conduct his own disastrous interview. The source said: “Andrew pleaded with Ghislaine to publicly defend him. She carefully considered it, but decided no good would come of it (if she came forward). It isn’t in her best interests.” Lawyers for Maxwell didn’t get back to us.

The source also added, “If the US government was really interested in bringing in Ghislaine, the IRS would have looked at her tax returns and the income she may have got from Epstein and perhaps some of his powerful associates.”

As we previously reported, Ghislaine Maxwell, the daughter of a Mossad agent, and Jeffrey Epstein worked as blackmailers for the ultra-powerful jewish organized crime syndicate known as “Mega Group“, which includes a tight-knit cabal of jewish mafia figures who, according to investigative journalist, Whitney Webb, hide behind the false public personas of ‘philanthropists’, such as Ronald Lauder, Leslie Wexner, and Steven Spielberg.

Israel has become a “safe haven” for internationally-wanted sexual offenders and pedophiles, so it should surprise no one that both Maxwell and Epstein have found protection and comfort there among the jewish elite who employed them.

And the pathetic, dumb goy, Prince Andrew, actually thought there was honor among pedophiles and that somehow the jewish Mossad agent, Ghislaine Maxwell, would risk her freedom by helping with his public relations problem, is quite laughable.  It is rather remarkable that this whole time, he truly didn’t know — or want to know — the true nature of the ‘people’ he was ‘socializing’ with.