President Macron Tells French Jews that France Is Their Home, Not Israel 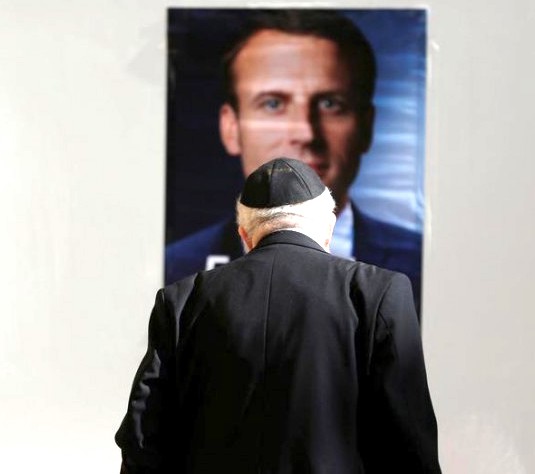 French President Emmanuel Macron angrily lashed out at Israelis who generously offered French Jews a safe home if they wished to get away from the rising and “dangerous” atmosphere of antisemitism in France:

La République en Marche, the political party of French President Emmanuel Macron, today rejected the “dangerous proposals” of an Israeli minister. The latter had called on French Jews to move to Israel after a series of anti-Semitic incidents in France, most notably the desecration of 80 graves in Quatzenheim with Swastikas and anti-Semitic graffiti.

“I strongly condemn anti-Semitism in France and call on the Jews: come home, immigrate to Israel,” said the Minister of Immigration Yoav Gallant on Twitter.

“Their home, that is France. The people are French and I think such proposals are dangerous “, replied La République spokesman and Aurore Bergé on Radio France Internationale (RFI).

“Our country without Jews, would no longer be the same country. I want us to reaffirm our values instead, and that’s what we did last night, “she continued. Ms Bergé was referring to protests that took place last night against the flaring-up of anti-Semitism in Frace.

“We know that there are currently elections in Israel, so I can imagine that all this is not innocent,” she concluded.

Despite being called a “whore of the Jews” and a “lapdog” of the Rothschild family, Macron obviously hates Jews and doesn’t believe that they have a right to return to the land of their “ancestors”.  Telling Jews that France is their “real” home is to deny Jews their “real” identity and destiny.  Who is Macron to tell Jews in France that they must stay and become victims of violent Muslim antisemites now roaming every street in France looking to harass Jews?  He selfishly wants to keep Jews in France just because they make France a better country, or so he claims.

First Macron helps flood France with antisemitic Muslims, who desecrate jewish cemeteries and harass Jews who wear yalmukes in public, and then he tells Jews that they can’t leave France and go to Israel where they are actually wanted and welcome.  Only a vicious antisemite would attempt to block Jews from making aliyah, especially when their lives are under threat.  Macron needs to be investigated for violating France’s laws against antisemitism and inciting racial hatred, and if even one more Jew in France is insulted or physically harmed, Macron needs to be held accountable.