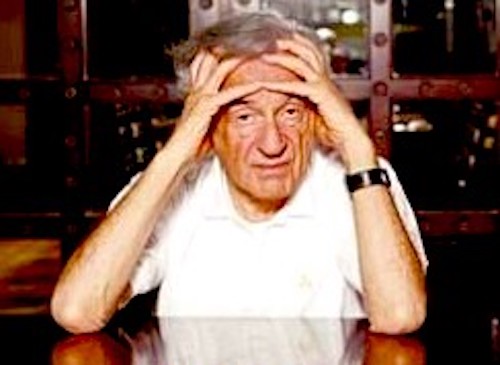 President Trump continued to pander to jewish interests when he recently signed into law The Elie Wiesel Genocide and Atrocities Prevention Act, which will obligate American to prevent future genocides anywhere in the world:

US President Donald Trump on Monday signed into law bipartisan legislation named for the late Holocaust survivor and Nobel Laureate Elie Wiesel, the White House announced in a statement.

The Elie Wiesel Genocide and Atrocities Prevention Act aims to improve the US response to emerging or potential genocides and passed final votes last month in the Senate and the House of Representatives.

The act ensures that the official policy of the United States deems the prevention of genocide and other crimes a matter of national security interest.

It establishes an interagency Mass Atrocities Task Force and encourages the director of national intelligence to include information on atrocities in the annual crime report to Congress. It also enables training for US Foreign Service officers on detecting early signs of atrocities.

The legislation was introduced to Congress in June 2017 by New York Democrat Joe Crowley and Missouri Republican Ann Wagner, and in the Senate by Maryland Democrat Ben Cardin and Indiana Republican Todd Young, both members of the Senate Foreign Relations Committee.

The final bill passed in the House after previously passing in the chamber on July 17 in a vote of 406-5 with 117 cosponsors. The Senate approved the legislation, with 34 cosponsors.

“America’s strength around the world is rooted in our values. It is in our national interest to ensure that the United States utilizes the full arsenal of diplomatic, economic, and legal tools to take meaningful action before atrocities occur,” Cardin said in a statement issued by his office. “Tragically, these atrocities are happening today; we simply cannot wait to act.”

Wiesel won the Nobel Peace Prize in 1986 and died in 2016. He and his family were among an estimated 14,000 Jews who were deported to the Auschwitz death camp from a town in northwest Romania in May 1944. His mother and younger sister died there.

The Jews don’t care about preventing another genocide in Rwanda or somewhere in Asia.  What they care about is protecting themselves from any potentially violent movement that may arise to challenge their power and agenda, so that anyone who dares criticize any Jew anywhere in the world is legally charged with “inciting hate” which could lead to an alleged genocide of the entire jewish people.  So this new law could potentially obligate the U.S. government to police all expressions of “antisemitism” as alleged precursors to a mass genocide.

And it seems only appropriate that this new law is named after Elie Wiesel, a notorious con man who has never provided one single shred of credible evidence that he ever set foot in Auschwitz during World War II.  He was challenged many times to show his alleged tattoo and he claimed to have, but photographs of his bare arms show no tattoo.  His book “Night,” about his alleged experience at Auschwitz, reads more like a fictional Grimm’s Fairy Tale than a reliable historical document.  He admitted that he chose to evacuate Auschwitz with the evil Nazis who wanted to kill him rather than await the Russian liberators.  Nothing that ever came out of Wiesel’s mouth can be trusted any more than the true intent of this new “anti-genocide” law.