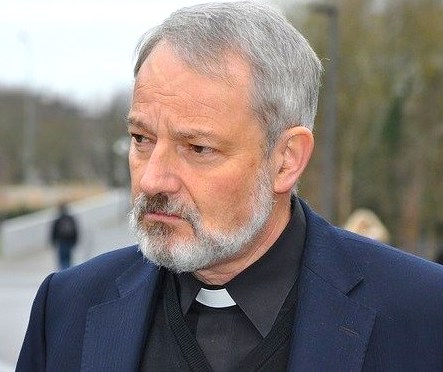 Kevin Doran, the bishop of Elphin, Ireland has criticised those who identify as “Faith-filled” while spreading fear and mistrust of migrants and refugees, particularly those who are Muslims:

Bishop Kevin Doran told this paper he has witnessed prejudice in Irish society and that there’s an “implication” that because people are Muslim they are more likely to be terrorists. His comments come after the “savage” attack on two mosques in New Zealand which left 50 people dead last Friday.

Speaking to The Irish Catholic he said: “I suppose just in keeping my ear to the ground, at meetings I’ve been at and looking at social media, I’ve found that people who would classify themselves in some cases as traditional Catholics and Faith-filled people seem to, in relation to migration and care of asylum seekers and stuff, they’ll say ‘oh well these Muslims are putting our civilisation at risk and they pose a threat to us’.”

“To define a whole category of people, or a whole nation, or a whole religious group as being in some way more prone to terrorism than any other group is irresponsible.”

In his experience Muslim people living in Irish society do so “peacefully and participate fully”.

“We have large numbers of Muslim children in our Catholic schools and they contribute to the ethos in many ways.

“One of the interesting things about Muslims is while they are of a different faith they tend to have a level of commitment to faith that in many ways we might well sit up and pay attention to.”

Although in some Middle Eastern countries their human rights may have a long way to go, he said that “in Ireland we have to have the highest possible standard of respect for others, especially those who are pro-life Christians”.

“Individuals or groups of people who are persecuted or targeted because of their religious beliefs deserve our support and our solidarity, irrespective if they’re Christians, Muslims or Jews.”

So this Catholic priest throws his fellow Christians under the bus in defense of Muslims, claiming that these migrants “contribute to the ethos” of their Catholic schools.  What “ethos” is he talking about?  The “ethos” where Muslims deny the divinity of Christ and instead worship “Alah” the traditional arabian moon god and the pedophile “prophet” Mohammed who exhorts his followers to kill all “infidels” which include Irish Catholics?  Or is it the “ethos” where so many churches in the U.K. are being converted to mosques and neighborhoods into “no go zones”?

And that “commitment to the faith” that Doran praises Muslims for is exactly what makes Muslims far more likely than Christians to commit acts of terrorism.  There is no part of Christian doctrine that encourages Christians to kill anyone who opposes them or who doesn’t believe in Jesus, and to compare the two “faiths” is patently absurd.  The Europe that Muslim migrants are so eager to live in was built to glorify Christ not Mohammed, and if Europe had been dedicated to Islam instead, it would resemble a Third World country that no one wanted to live in.  To tolerate Islam in a Christian country violates the First Commandment, but apparently “diversity” doctrine has replaced Christianity as the true “ethos” of New Ireland.