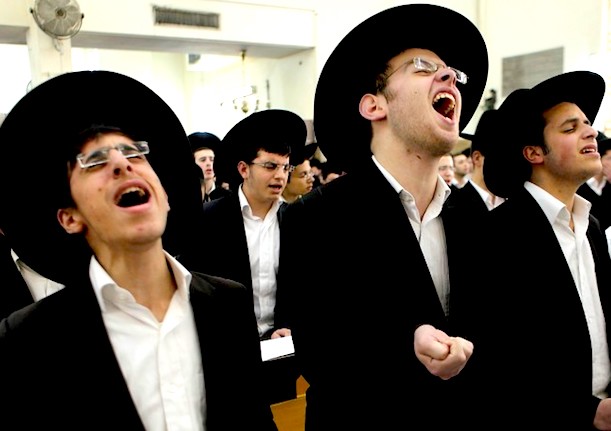 A Hungarian Jewish group that detects and fights antisemitism announced on Wednesday that it was creating a security service to monitor Budapest’s historic Jewish quarter:

“To prevent anti-Semitic atrocities, the Foundation for Action and Defense decided to create a kind of ‘self-organized security service,’ ” posted the organization on its Facebook page.

Known by its initials in Hungarian, the TEV was founded in 2012 to report and combat anti-Semitism in Hungary.

The head of the Jewish Heritage of Hungary Public Endowment board, György Szabó, told the Népszava news site that verbal insults, including “Heil Hitler,” towards Jews by drunk tourists have happened frequently.

The TEV service is expected to consist of volunteers and law-enforcement officials, reported the Magyar Narancs news site.

So when a drunk Hungarian says, “Heil Hitler” in front of a Jew, international Jewry goes on high alert, because “insulting” a Jew apparently, in their minds at least, is some sort of “antisemitic atrocity”.  It seems the Jews have really lowered the bar as far as what they consider to be an “atrocity”.  There was a time Jews considered being thrown in alleged gas chambers constituted an  “atrocity”, but now a mere drunken insult or a joke told in a bar apparently meets that threshold.

Hungary is one of the least “antisemitic” countries left in Europe, and the reason for that, of course, is that Hungary has refused to take in any jewish-sponsored antisemitic Muslim migrants.  Despite that, Jews need to maintain the specter of the antisemitic boogeyman who will haunt and stalk common Jews on the streets, who, in order to “feel jewish” need to be convinced that drunken insults could ultimately lead to “another” Holocaust in no time at all.  This type of paranoia surely works against jewish interests as they beat this dead horse that no rational person could possibly take seriously but surely would resent.