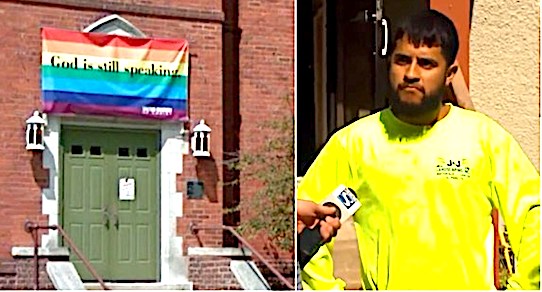 Stealing a LGBT “Pride” flag from a church and burning it outside a local strip club has landed an Ames, Iowa resident in prison for sixteen years, on hate crime charges:

Adolfo Martinez, 30, has been found guilty of a hate crime, third-degree harassment and reckless use of fire for stealing. He was arrested after police said he stole a pride banner hanging at the Ames United Church of Christ on June 11.

Martinez later burned the purloined flag, doused with lighter fluid, outside the Dangerous Curves Gentleman’s Club, which had actually been kicked him out earlier that day. He had also threatened to burn down the club.

Martinez admitted to burning the flag and was found guilty last month. He was sentenced on Wednesday to 16 years behind bars. The harsh sentence is mostly due to the hate crime charge, which is a class D felony.

Story County Attorney Jessica Reynolds said the hate crime charge stemmed from the fact that authorities believe Martinez burned the flag because of “what it represents as far as sexual orientation.”

Martinez had previously admitted to media outlets after being arrested that he “opposed homosexuality” and he was “guilty as charged.”

“I burned down their pride, plain and simple,” he said. The quote was later used against him by prosecutors. Reynolds said Martinez is the first person in the county’s history to be convicted of a hate crime.

Ironically, had Martinez chosen to steal and burn the American flag, he would have been treated far less harshly. The US Supreme Court ruled in 1989 that burning the Old Glory is a protected act under the First Amendment.

If this ‘Christian’ church had ‘turned the other cheek’ and shown mercy on this man by refusing to press charges against him, there would be no case against him, and chances are, he would have walked away a free man.

But clearly this church is far more interested in making a political, anti-biblical statement than it is upholding the true teachings of Christ.

And it is a truly sad state of affairs when a non-Israelite Mexican has the courage to confront the hypocrisy of this church rather than the White Israelites who fill the pews and condone sodomy. 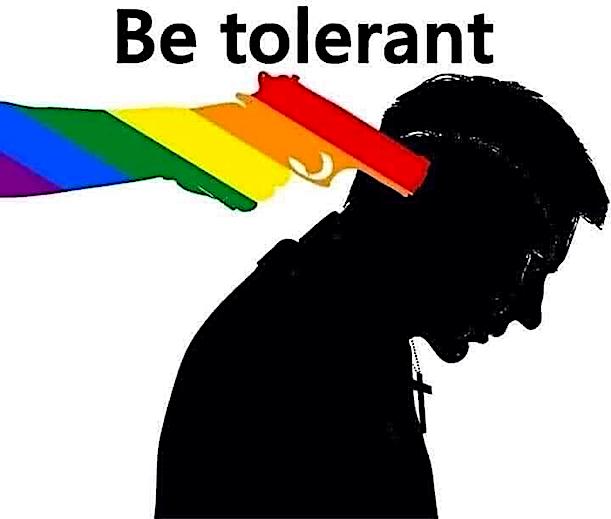