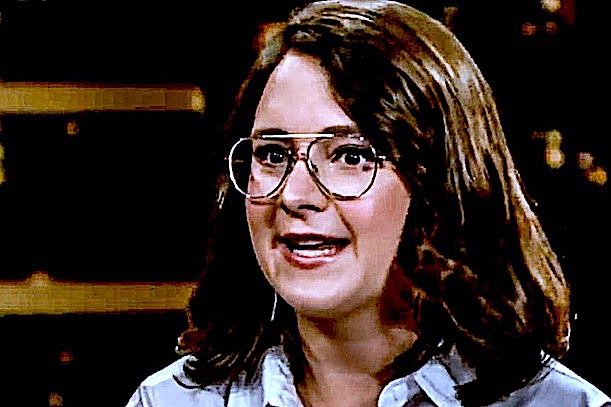 Bari Weiss, a professional race-baiter and antisemitism™ hustler, has managed to grab some headlines once again — this time lamenting the fact that other “oppressed” groups elicit more sympathy from the public than the perennially downtrodden Jews who can’t get a fair shake from the political Left or the Right:

The former opinion section editor resigned from The New York Times in July 2020, publishing an open letter that criticized colleagues for “harassing” behavior.

“They have called me a Nazi and a racist; I have learned to brush off comments about how I’m ‘writing about the Jews again,’” she wrote in the letter.

“In the antisemitic conspiracy theory … Jews or the Jewish state comes to stand for whatever a given culture or civilization defines as its most loathsome or disgusting qualities,” said Weiss, who in 2019 authored the book How to Fight Anti-Semitism. “That’s how the Jews can be so many things at once,” under ideologies like Nazism and Communism.

“You have the accusation that comes from the far-right — from people like the killer who stormed into my synagogue in Pittsburgh two years ago, and he said ‘all Jews must die,’ and he killed eleven of my neighbors,” said Weiss, referring to the 2018 Tree of Life massacre in her home town.

For this kind of antisemite, Weiss explained, Jews are “fake white people” — the conviction that motivated the infamous chants of “Jews will not replace us” at the 2017 white supremacist rally in Charlottesville, Virginia.

“On the far left it’s kind of a mirror image,” she continued. “What the far-left says is: Jews claim to be a minority, they say that they’re oppressed … but hold on, they’re white, they’re white-passing, they’re white-adjacent.”

“More than that they support Israel, which is the last standing bastion of white colonialism in the Middle East,” Weiss continued, conveying what she calls the far-left breed of antisemitism. “So in fact, not only are they not a minority and they’re not oppressed — they’re handmaidens to white supremacy.”

“If you look at the world that way, our oppression — the physical attacks that are taking place almost every single day against visible Jews in neighborhoods of Brooklyn like Crown Heights and Boro Park — they don’t rank.”

As the years go by, Bari Weiss is sounding more and more like King Lear in his frosty-haired dotage — screaming “Antisemitism!” into the wind on a rain-swept heath.

We’ve taken note of Weiss’ shrill ranting before — such as when she claimed that all antisemites were motivated by a desire to commit genocide against all Jews.

That’s correct — anyone who criticizes Jews for any reason secretly wants to “genocide” them — and for a Jew, traumatized by their own non-stop obsession with the Holocaust™  — the Jewish version of the Grimm’s fairy tales — it’s no wonder they’ve become conditioned to feel as if any slight is a precursor to utter annihilation.

They have taken this persecution theme so far as to now claim that to deprive a Jew of what is “rightfully” theirs in any business dealing is an “act of genocide“.

It would seem, however, that “Jew haters” from both the Right and the Left do agree on one thing about the Jews — they aren’t really White, but they can pass as White — and given their wealth and power, it’s hard to take them seriously as just another “oppressed” minority group.

And who can blame “people of color” for seeing Jews — rightly or wrongly — as the ultimate “White supremacists” — given their habit of projecting onto others what they themselves are guilty of.

And it’s becoming very difficult to take the Holocaust™ seriously as some great catastrophe for Jewry — considering that since that spurious event, Jews have rapidly risen to unrivaled power and wealth — the economic benefits of genocide can no longer be denied.

In fact, one study revealed that Jews who managed to “survive” the Holocaust actually live seven years longer than Jews would weren’t fortunate enough to face extermination in “gas chambers” and had their “Jew fat” made into bars of soap.

Antisemitism, it would appear, is actually the gift that keeps on giving — it’s literally “money in the bank” for many Jews, like the staffs at the ADL and SPLC, who have enriched themselves by shrieking about how they are “hated” for no reason whatsoever™.

But leave it to this remarkable and ingenious people to figure out how to monetize people’s disdain for them — it is, after all, better than having to work for a living.