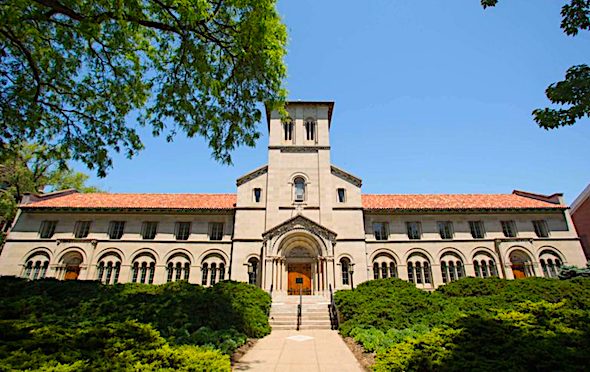 Oberlin College has recently settled a discrimination lawsuit brought against it by a former professor who was fired for sharing well-documented ‘conspiracy theories’ about the Rothschild banking dynasty and the jewish involvement in many false flag terror attacks, including 9-11:

Joilynn “Joy” Karega-Mason, previously an assistant professor at the private Ohio liberal arts school, faced widespread criticism after The Tower news blog reported in February 2016 that she had published various Facebook posts espousing conspiracy theories, among them that Israel was behind the 2015 Charlie Hebdo shooting in Paris, the 2014 downing of a Malaysian airliner over Ukraine and the Islamic State terrorist group.

She also endorsed an image claiming the Jewish Rothschild family owned “your news, the media, your oil and your government,” as well as a video by Nation of Islam leader Louis Farrakhan, in which he claimed that “there were many Israeli and Zionist Jews in key roles in the 9/11 attack.”

After initially defending her right to free speech, Oberlin launched an investigation into Karega-Mason’s conduct and announced in August 2016 that it had put her on paid leave. She was ultimately dismissed that November following a vote by Oberlin’s Board of Trustees, which accused Karega-Mason of “failing to meet the academic standards that Oberlin requires of its faculty and failing to demonstrate intellectual honesty.”

The school maintained the decision followed an extensive review during which Karega-Mason “received numerous procedural protections: she was represented by counsel; she presented witness testimony, documents, and statements to support her position; and she had the opportunity to cross-examine witnesses testifying against her.”

Karega-Mason, who did not apologize for her posts, in turn alleged that the school had engaged in unlawful discrimination and breach of contract. In a lawsuit filed in federal court on November 2018, she claimed to have suffered “mental anguish, mental shock, humiliation and embarrassment and the loss of enjoyment of some of the ordinary pleasure of life,” and sought more than $885,000 in damages.

She accused Oberlin of instigating false charges of professional misconduct and soliciting student complaints against her, attempting to remove African-American decision makers from positions of authority, and ignoring the misconduct of male and white female Oberlin faculty and staff, among other alleged violations.

Her case docket was updated on Friday to reflect that she and Oberlin had reached a settlement whose “material terms” were not publicly disclosed.

Of course, had the fired professor not been Black, the outcome of the lawsuit would have been different, but Blacks are given far more latitude when it comes to speaking publicly about controversial topics like 9-11 than Whites.

That said, this is a significant victory for free speech on campus, and more professors and students are going to be forced to sue their schools to defend their rights to speak about politically-incorrect topics.

Given Trump’s recent executive order banning ‘antisemitism’ on college campuses, discussing any kind of conspiracies involving Jews may eventually not just get you fired, but also land you in Federal prison if left unchallenged.

Trump’s executive order basically threatens colleges with the loss of Federal money if they don’t shut down free speech involving Jews and Israel.

But that forces the colleges to violate the constitutional rights of freedom of speech for students and professors, which allows them to turn around and sue the colleges and win because Trump’s E.O. will not indemnify the colleges against such lawsuits.

And since jewish student groups are already filing lawsuits against schools for ‘discrimination’ for allowing anti-Israel demonstrations and speakers on campus, the colleges will end up being sued by both sides.