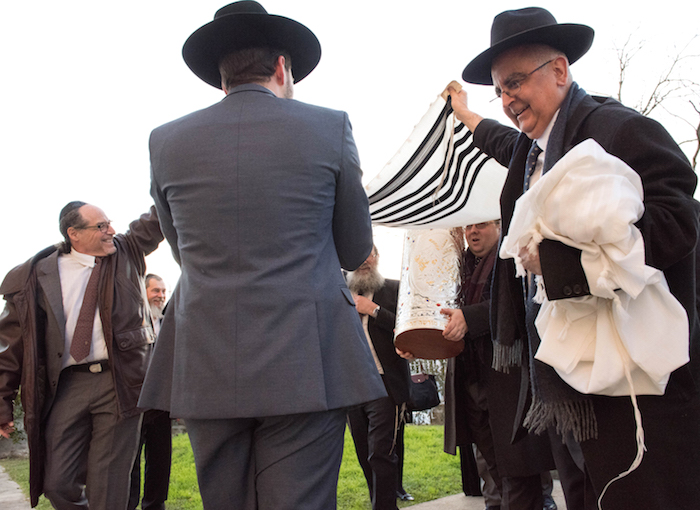 (Times Of Israel) The government of Portugal announced that it has approved the creation of a Memorial Day for Victims of the Inquisition, most of whom were Jews who pretended to convert to Christianity just so they wouldn’t get kicked out of the country:

The inquisition was formally established in Portugal in 1536. The date of the memorial day will be held on or around March 31, the official end of the Inquisition in 1821.

A Portugal government committee has approved the creation of a Memorial Day for the Victims of the Inquisition.

The inquisition was formally established in Portugal in 1536. The date of the memorial day will be held on or around March 31, the official end of the Inquisition in 1821.

Reconectar, the movement to reconnect the descendants of Spanish and Portuguese Jewish Communities with the Jewish world, welcomed the decision by the Commission for Culture, Communication, Youth and Sports of the Portuguese Parliament.

“This is an extremely important step by the Portuguese Parliament and one that clearly demonstrates the Portuguese authorities’ intention to look critically at its past and show the Jewish world that it is seeking atonement for this reign of terror against our people,” Ashley Perry, president of Reconectar and the director of the Knesset Caucus for the Reconnection with the Descendants of Spanish and Portuguese Jewish Communities, said in a statement issued on Wednesday.

Reconectar is assisting in the reconnection of the tens of millions of people in North and Latin America, Europe and elsewhere, who are discovering their Jewish ancestry. Modern technology, Internet, and genealogy and DNA advances have generated interest in discovering hidden Jewish roots.

Nearly 1,800 descendants of Sephardic Jews acquired Portuguese nationality in 2017 under a law enacted two years earlier, with another 12,000 still in the application process.

The tally for 2017 is six times higher than the total for 2016, during which the application of the law hit bureaucratic snags amid political changes.

The increase in naturalization under the law, which Portugal passed in 2013 and enacted in 2015 as a form of making amends for the persecution of Jews during the Inquisition, comes amid a host of initiatives by the government to strengthen the country’s ties to Jewish audiences and recognition of its Jewish heritage.

Of course, the Inquisition was orchestrated by crypto-Jews who turned around and victimized other crypto-Jews, but let’s not allow historical facts to get in the way of another Jewish shakedown scheme that forces Christians to apologize to the Jews for an alleged “outrage” that occurred 600 years ago.

And they’ll use this Reconectar program to swell the worldwide Jewish population by tens of millions who will all qualify for Portuguese and Spanish passports, along with the five others they hold.

Just like with the Moorish Invasions, Portugal will soon be invaded by millions of Latinos who have conveniently just discovered their jewish roots.

Chances are that most people in Latin America have some jewish DNA in them from the fact that many of ruling class among the conquistadors were crypto-Jews, not pure-blooded White Spanish.

This program will provide the legal framework to flood Europe legally with Mexicans and Guatemalans, of which it is still dearly lacking.