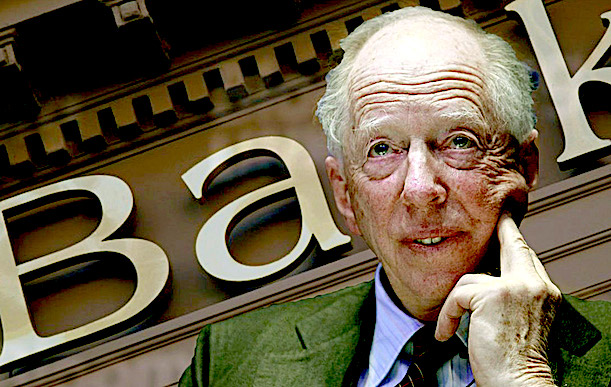 (The Guardian) Mark Carney, the governor of the Rothschild’s Bank of England, issued a warning that companies and industries that are not moving towards zero-carbon emissions will be punished by “investors” and go bankrupt:

Mark Carney also told the Guardian it was possible that the global transition needed to tackle the climate crisis could result in an abrupt financial collapse. He said the longer action to reverse emissions was delayed, the more the risk of collapse would grow.

Carney has led efforts to address the dangers global heating poses to the financial sector, from increasing extreme weather disasters to a potential fall in asset values such as fossil fuel company valuations as government regulations bite. The Guardian revealed last week that just 20 fossil fuel companies have produced coal, oil and gas linked to more than a third of all emissions in the modern era.

The Bank of England has said up to $20tn (£16tn) of assets could be wiped out if the climate emergency is not addressed effectively. But Carney also said great fortunes could be made by those working to end greenhouse gas emissions with a big potential upside for the UK economy in particular.

In an interview with the Guardian, Carney said disclosure by companies of the risks posed by climate change to their business was key to a smooth transition to a zero-carbon world as it enabled investors to back winners.

“There will be industries, sectors and firms that do very well during this process because they will be part of the solution,” he said. “But there will also be ones that lag behind and they will be punished.”

Carney said in July: “Companies that don’t adapt will go bankrupt without question.”

US coal companies had already lost 90% of their value, he noted, but banks were also at risk. “Just like in any other major structural change, those banks overexposed to the sunset sectors will suffer accordingly,” he told the Guardian.

The central bank governor said transition to net zero carbon emissions would change the value of every asset, raising the risk of shocks to the financial system.

“Some [assets] will go up, many will go down. The question is whether the transition is smooth or is it something that is delayed and then happens very abruptly. That is an open question,” he said. “The longer the adjustment is delayed in the real economy, the greater the risk that there is a sharp adjustment.”

In April, Carney said: “The stakes are undoubtedly high, but the commitment of all actors in the financial system to act will help avoid a climate-driven ‘Minsky moment’ – the term we use to refer to a sudden collapse in asset prices.”

Far from damaging the global economy, climate action bolsters economic growth, according to Carney. “There is a need for [action] to achieve net zero emissions, but actually it comes at a time when there is a need for a big increase in investment globally to accelerate the pace of global growth, to help get global interest rates up, to get us out of this low-growth, low-interest-rate trap we are in.”

The Rothschilds founded the Bank of England not long after Jews were readmitted to England after having been expelled for 300 years by King Edward I for excessive usury and ritual murder.

The BoE was the first central bank to issue money as unrepayable debt — the world’s greatest Ponzi Scheme — and it has been the model of all central banks, including the Federal Reserve, since then.

And integral trait of this “free market economy” is an endless “boom-bust” cycle — where the average investor on main street loses their life savings to the insider speculators on Wall Street.

And if you want to understand why the global warming or “climate change” propaganda is pushed 24/7 by the jewish-controlled media, now you know — the Rothschilds and minions are using it as a way of keeping their ever-expanding Ponzi Scheme afloat — and they clearly intend to threaten and punish any businesses that won’t play ball.

Only someone with enormous financial power can make these threats — and follow through on them.

The cost of converting to a “Green” economy will run into the trillions — but well-paying jobs will be only for the bureaucrats who manage the scam — while ruinous “environmental” taxes will destroy any real innovation or incentive — right out of the socialist playbook.

Reading between the lines, the veiled threat couldn’t be more obvious — Rothschild is willing to threaten the world with a global economic collapse if we all don’t fall in line and go along with their “Green Revolution.”

But the only thing that’s going to get “greener” is the Rothschild’s bank accounts — not the environment.