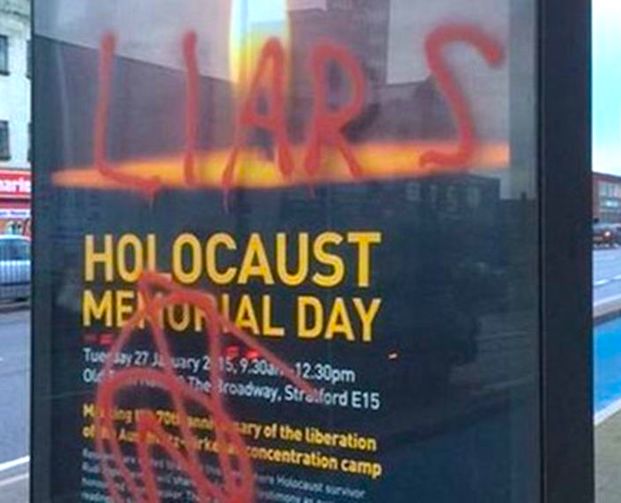 Antisemitic claims and comments have begun to appear online on the planning application to Westminster City Council for the National Holocaust Memorial and Learning Centre in Victoria Tower Gardens, next to the Houses of Parliament:

Ian Austin MP and Bob Blackman MP, Co-Chairs of the All-Party Parliamentary Group on Holocaust Memorial told the JC they were “shocked” to read “antisemitic remarks about Jewish people and the Holocaust.”

The former Labour MP, now sitting as an independent, and the Conservative member for Harrow East both called for the Council “to monitor these posts and ensure this type of language is removed straight away.”

One response to the plans from a public of the public says: “Evidence suggests that the service appears to be discriminatory, unlawful and racist , because it would appear that money and assets per capita are being given disproportionately to jew memorial services.”

The same message continues: “Jews only make up 0.5% of the population of the UK and one would expect any memorial to Genocide built in Victoria Tower Gardens to reflect that figure.

“Any memorial must largely reflect white British victims of genocide.”

Another comment says:”The well-funded holocaust industry could buy a plot of land anywhere in London to erect a memorial centre.”

Another submission said: “I am concerned by the ethnic and religious makeup of the UK Holocaust Memorial Foundation. There appears to be a grossly disproportionate number of Jews both on the board and Jury of the UKHMF relative to the jew population of 0.5% of the UK population, which appears to be discriminatory, unlawful and racist.”

Another response read: “If jews want a memorial why can’t jews build a memorial in the new Jewish Cemetery at Bushey, safe and secure for jews and everyone else and the country saves £100million…

Mr Austin and Mr Blackman added: “Ignorance and hate have led to horrific crimes throughout history and these posts highlight just how much a new Holocaust Memorial and Learning Centre is needed.

“This Memorial and Learning Centre, next to Parliament, will stand as a lasting reminder of the need for each one of us to stand up and tackle prejudice and intolerance wherever and whenever it is found.”

To be clear, there was no “Holocaust” in England, unless you consider the Jews’ 300-year long expulsion ordered by King Edward in 1290 a “Holocaust”.  And since the English army came to the rescue of the Jews in WWII, it can hardly be claimed that the British people need to be lectured on “tolerance” and “diversity”.  Do the British people really need to be constantly scolded about antisemtism when they have been the most Jew-friendly country in Europe ever since Oliver Cromwell allowed them back into England and let them open the Bank of England, ensuring the jewish control of the country ever since?

It is remarkable that the Jews don’t seem to (or refuse to) understand why building these Holocaust museums might create some backlash or resentment among the goyim who have bent over backward to make them feel welcome.  With these museums, the Jews send a clear message to the goyim: “We don’t trust you to not eventually blame us for all your problems, round us up and throw us in gas chambers.  If we constantly remind you of how evil you are for criticizing us, we can hopefully make antisemtism illegal, and hopefully one day it will just disappear.”