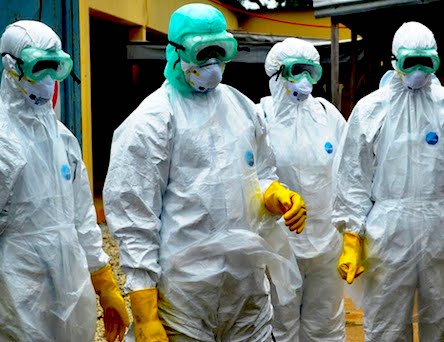 More than 1,000 students and staff members at two Los Angeles universities were quarantined on campus or sent home this week in one of the most sweeping efforts yet by public health authorities to contain the spread of measles in the U.S., where cases have reached a 25-year high:

By Friday afternoon, two days after Los Angeles County ordered the precautions, about 325 of those affected had been cleared to return after proving their immunity to the disease, through either medical records or tests, health officials said.

Those under the quarantine were instructed to stay at home and avoid contact with others. They also were barred from traveling by public transportation, including planes, trains, buses or taxis. If they must travel for an emergency, they were told to notify public health officials first.

Anyone who violates it could be prosecuted, she said, but added that it appears everyone is cooperating so far. She didn’t describe what penalties those who don’t could face.

The number of measles cases in the U.S. has climbed to nearly 700 this year, including five in Los Angeles County and 38 altogether in California. The surge is blamed largely on parents not getting their children vaccinated because of misinformation about the supposed dangers.

Of course the number of measles cases is high after they flooded America with millions of people from the poorest Third World countries on the planet, but only one person in this country has died of measles in the last ten years, and that was an adult woman who was on immuno-suppressive drugs at the time of her exposure.  You’d think that measles is as deadly as Ebola by the way the media whores are hyping up this hysteria.  No one who seriously studies measles believes that it could cause a real pandemic, but don’t let reality ruin this obvious psy-op, and keep in mind that the CDC defines an “outbreak” as involving only three or more people.

The real question is: what are they priming us for?  This quarantine is such an over-reaction that it can only be one thing: predictive programming, which entails preparing the public for an upcoming false flag event by introducing the idea in related news stories, t.v. shows, and Hollywood movies, and even fake TED Talks.  This coming event will provide the pretext for forced vaccinations on the public, and as Bill Gates once let slip out during a speech, vaccinations will be used as a tool for reducing the global population down to more manageable levels.  The pandemic will be fake, but the deadly vaccines will be very real.