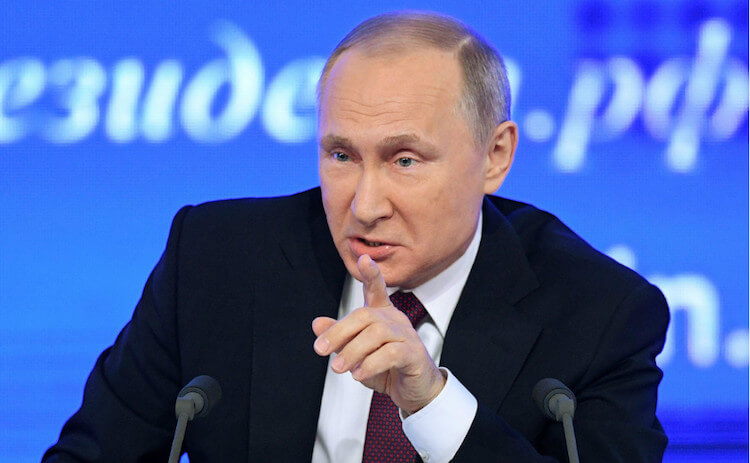 Vladimir Putin made a bombshell claim during Monday’s joint press conference with President Trump in Helsinki, Finland, when the Russian President said some $400 million in illegally earned profits was funneled to the Clinton campaign by associates of American-born British financier Bill Browder – at one time the largest foreign portfolio investors in Russia. The scheme involved members of the U.S. intelligence community, said Putin, who he said “accompanied and guided these transactions.”

Browder made billions in Russia during the 90’s. In December, a Moscow court sentenced Browder in absentia to nine years in prison for tax fraud, while he was also found guilty of tax evasion in a separate 2013 case. Putin accused Browder’s associates of illegally earning over than $1.5 billion without paying Russian taxes, before sending $400 million to Clinton.

No wonder the jewish-controlled press has been demonizing Russia and Putin – he knows exactly what they are up to.

The “British-American” financier Bill Browder is jewish, and his grandfather, Earl Browder, though born in Kansas, moved to Russia to support the jewish Communist Revolution in the 1920s. It’s only fitting that his grandson, Bill, was there when communism fell in the 1990s to steal billions from the poor Russian people – and then use that ill-gotten money to finance a radical American socialist like Hillary Clinton.

And the “American” press is utterly silent about this bombshell story.