Putin: Under Threat of Third World Immigration, White Christian Culture Must Be Preserved 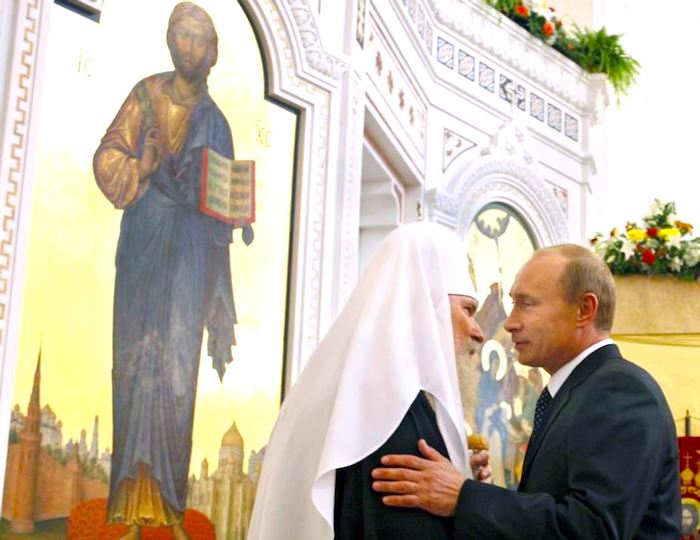 Speaking at the 2017 World Festival of Youth and Students in Sochi, Vladimir Putin insisted that White Christians, who are becoming minorities in their own countries through immigration, must be preserved for the future of Europe and America:

What I am talking about is that the world is going through dramatic, global change. I am not saying this is good or bad, just that global changes are going on. You have said that Russia is a vast territory, and it is indeed so, from its western to eastern borders, it is a Eurasian space. But as regards culture, even language, language group and history, this is all undoubtedly a European space and is inhabited by people of this culture.

I am saying this because we have to preserve all this to remain a significant center in the world—and I do not mean it in a military sense or anything else. We should not divide everything based on ethnicity and should not look back thinking, say, of the war between France and Russia in 1812 -1814, but rather look to the future for ways to build a common future and follow this common path. This is how we can preserve this vast space and these people as a global center that is significant for relations with Asian countries and the American continent.

If it does not happen, this would mean division into minor quasi-national associations of states that would eventually lose their significance in the global sense as independent centers….If we preserve it, this will be a great advantage for human development as well, because it is a major part of the global culture, and it certainly has to be preserved.

Putin, ever the politician, is speaking out of both sides of his mouth.  He clearly understands that it is imperative to preserve White Christian culture if either Europe or America is to have any future whatsoever; however, he seems to also be suggesting that somehow White Christian culture can be part of this new global, inter-connected and inter-dependent world.  And that, of course, is not possible.  Globalism, which is really worldwide communism rebranded, is the antithesis of White Christian culture, and only one will be left standing.

Yes, if White Christian culture is preserved, it would be a great advantage to everyone, especially non-Whites, who have been feeding parasitically off the White race since the dawn of civilization in ancient Sumaria.  Putin understands that without Whites to sustain civilization, there is no civilization worth preserving.  Globalism’s goal is a mixed race populace, like Brazil, being ruled over by jewish oligarchs who control the money systems and means of production.  White Christians need to disappear for that to come to fruition.  Something has to give.