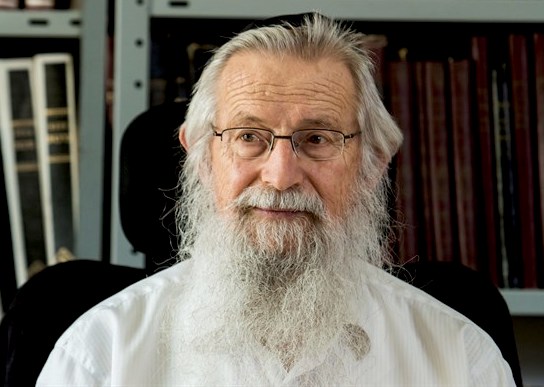 (Jewish Press) In the wake of the second shooting at a synagogue in the U.S. in the last year, Jews are turning to their learned rabbis for answers to the apparent problem of antisemitism, but they are finding that the answers are elusive:

…[If] these acts of violence are “senseless,” then how could we end them? If they are senseless, meaning they are not the result of some actual problem: poverty, unemployment, illness, then there is no conceivable measure we might take to make them go away.

Knowingly or unknowingly, the good people of Pittsburgh’s synagogue came in touch with a statement by second century Judaean sage Rabbi Shimon Bar-Yochai, who taught: “It is a known law that Esau hates Jacob.”

So why did Rabbi Shimon Bar-Yochai use the term “law,” and not just “it is known that…”? Perhaps because he wanted to teach that anti-Semitism is not merely a senseless fact, but that it had actually been established this way by the Creator, as a law of nature. Clouds make rain, Fire burns fields, gentiles hate Jews. An attempt to stop anti-Semitism “once and for all,” is tantamount to trying to stop water being so darn wet.

…There could be other solutions, all of them necessarily draconian: roundups of suspicious individuals based on profiling; elimination of all guns and gun manufacturing; mandatory limits on knife lengths; even administrative detentions by police based on information that may not cut it in a court hearing but should be sufficient to keep thousands of suspects away from doing mischief. It can all be done, but at a great cost. Otherwise, I have no idea what [the ADL’s Stephen Greenblatt] alludes to when he protests that religious people should not live in fear. What is he prepared to pay for it?

…There’s a happy ending to this story of age old anti-Semitism which is part of creation, according to Rabbi Shimon Bar-Yochai, who stars in much of the Zohar book of Kabbalah. Maimonides, our most intense and logical teacher, rabbi and philosopher, stated in his code of laws regarding kings and judges: “Do not imagine that during the time of the messiah any of the conduct of the world would be altered. It will continue as it did before,” then he quotes the Talmudic sage Shmuel who said, “There is no difference between this world and the days of the Messiah, but our enslavement by the gentile countries.”

In other words, instead of hating us, when Messiah arrives, the gentiles will love us. That’s all. But with that, my friends, we could fix the world. Until then – it stays anti-Semitism all the way down.

It is remarkable that with all the collective brain power of all the Jews in the world, they cannot understand the cause of antisemtism, which is obviously Jewish behavior that is rubbing non-Jews the wrong way.

They don’t want to change their behavior because that could possibly make antisemitism disappear.

And without the specter of antisemitism, how can they enact their draconian measures to stop it, such as gun control, hate speech laws, and censorship, all of which will just create more resentment among the goyim?

Among themselves, Jews have repeatedly admitted that antisemitism is essential to jewish identity, and without it they, as a people, would be lost.

Antisemitism makes Jews feel like Jews as nothing else can.

Yarmulkes, synagogues, and bar mitzvahs are quaint reminders of jewish identity but nothing compared to Hitler, concentration camps, and the BDS Movement.

To admit they bear any responsibility for antisemitism would betray their “messiah” who will never show up if they cease and desist using their power and influence to promote Tikkum Olam, a radical plan to remake the entire world into their own image.