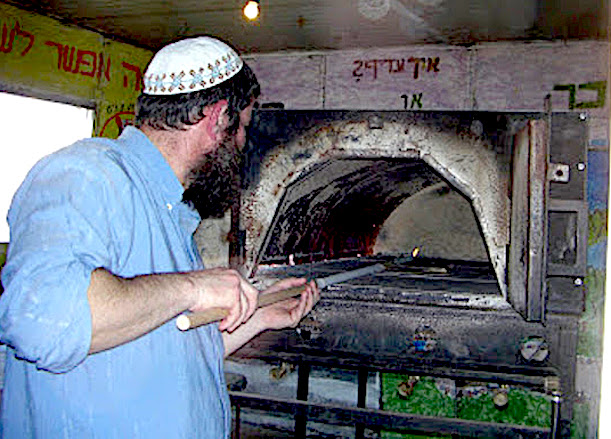 The Federation of Synagogues has warned that several leading brands of oven are unsuitable for Sabbath and festival use because of a new safety feature:

Bosch, NEFF and Siemens electronic ovens now automatically switch off their heating elements when the oven door is opened. Therefore, anyone opening the door would breach the prohibition against turning electricity on or off.

BSH Home Appliances Limited, which manufactures the brands, has apologised and advised affected customers to contact them.

A number of ovens come fitted with a “Sabbath mode” function which, for example, would stop the oven light or fan coming on or off when the door is opened. Some allow an oven to remain on low temperature for up to 72 hours over Yomtov when it would normally automatically cut off after a certain time.

But the Federation’s Fedtech department advises the use of only models with rabbinic approval.

BSH said it began implementing the change last May after the International Safety Standard was updated in light of “the increasing number of WiFi-enabled products on the market which offer remote operation”. Ovens were now required to automatically switch off heating elements when the door was opened.

“If the oven door is now opened while in Sabbath function, all heating elements are now switched off until the door closes again,” BSH explained.

“This means that our Bosch, NEFF and Siemens electronic ovens no longer meet the basic needs for use during the Sabbath and Yomtov, as the status of the oven changes when the door is opened.”

The company understood “the importance of following the Sabbath and would like to offer our sincere apologies. This change was made with safety at the forefront and we can only apologise that this has now compromised the Sabbath function.”

Both BSH and Fedtech said they were “working closely” to find a solution.

Fedtech director Rabbi Yisroel Moshe Guttentag said the problem first came to light a few months ago. Customers with the updated ovens may not have initially realised the oven was turning off because the heating elements might still be glowing.

“We have fielded a tremendous volume of calls from people who have the ovens.”

He said it would not be practical to use the ovens on Yomtov. But on Shabbat, it would be possible to wire a timeswitch into the oven socket and set it to turn the oven off before the door was opened.

According to the Babylonian-inspired rabbis, on the Sabbath Jews must behave all but like veal in their own homes — barely moving, not exposed to any form of exertion that could possibly be construed as “work” lest it offend ‘Hashem’ — the Great Unnameable, inscrutable “G*d”.

Kosher, hallachic, G*d-fearing Jews must avoid the following on the Sabbath:

We strongly recommend you read how the rabbis “interpret” the Scriptures to come up with these rules — when “G*d” demands that the Sabbath be a day of rest, He literally wants Jews to be in medically-induced comas.

Other “learned” rabbis have gone so far as to recommend not driving a car — because the spark plugs ignite the fuel and create “fire” — but it’s okay to have someone drive you, as long as you make sure not to use the cigarette lighter or turn on any of the reading lights in the car.

If your house catches fire on the Sabbath, apparently you — personally — cannot put out the fire — that would displease “G*d” and consign you to hell.

As far as these “offensive” ovens are concerned, it appears that the companies are literally going to redesign the ovens — again — recall how many of these oven already have a “Sabbath Mode”.

If you think “G*d” is difficult to please, try pleasing a Jew.

And who pays for all of this?  You do, Goyim!

When you pay your Kosher Tax on almost every grocery item you buy, the money goes to these “learned” rabbis so they can come up with even more rules — and the more complex the better — by which all of us will be forced to live.

And in case you are wondering, yes, the COVID vaccines and the pandemic lockdown rules are 100% kosher — they have literally received rabbinical approval.

In a related note, the Search Engines have done a masterful job burying any antisemitic™ information on this Kosher Tax fraud — try it for yourself — unless you know where to find information about it already, it’s next to impossible to find.