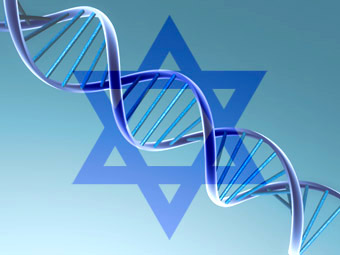 Israel’s rabbinate has been performing genetic testing on Israelis from the former Soviet Union, to check if they are “genetically Jewish” as a condition for marriage registration, an investigation by Ynet has revealed:

At least 20 couples have come forward after having been asked to undergo the procedure in the past year, according to a report published two weeks ago by the ITIM institute, which helps those having difficulty with “religious authorities’ bureaucracy in Israel.”

Although the existence of such tests was initially denied by Interior Minister Aryeh Deri, Ashkenazi Chief Rabbi David Lau admitted to having requested that some couples prove their Jewish status. Lau claimed those were isolated incidents and there was no coercion.

The testimonies of the couples obtained by Ynet, however, reveal that the complicated procedure was undertaken not only by the couples themselves but also by their relatives.

…In a similar case, a young woman who’d been asked to prove her Jewish status, was requested by the rabbinical court to have both her and her mother undergo a DNA test that would include “the mitochondrial genome test,” in order to “ensure that the applicant is indeed her mother’s biological offspring.” They were instructed to carry out the test at the Sheba Medical Center in Tel Hashomer, and any attempt to find an alternative location to conduct the test—due to the ill mother’s inability to physically get to the hospital—had been refuted.

According to the evidence accumulated by Ynet, these instances are examples of what appears to be a growing phenomenon where those applying to register for marriage, are being asked to undergo genetic testing if they want to have their requests granted.

Yisrael Beiteinu Chairman Avigdor Lieberman, who on several occasions has accused the ultra-Orthodox establishment of discriminating against FSU immigrants, called the tests as “blatant racism and discrimination,” and urged Lau to “resign immediately.”

Most of the major DNA testing companies, like 23AndMe and Ancestry, have jewish ownership or leadership, and it’s not just because it’s a lucrative business.  The Jews sincerely want to keep track of who is jewish and who is not, and clearly they do not believe that anyone can magically “convert” and become a Jew — rather, you must be born a Jew, preferably through the mother.  The elite among world Jewry are most certainly ‘genetically jewish’, and the converts like Sammy Davis Jr. and Marilyn Monroe are not taken seriously.

As liberal Jews put more and more pressure on the Israeli government to abolish such “racism” and embrace racial diversity, the “conservative” Jews are pushing back and insisting on the importance of the bloodline.  As it becomes more and more obvious that there is an economic and social benefit to claim ‘jewish identity’, the entry into the J Club is going to become, by necessity, more strict.  As assimilation continues, Jews will ultimately have to decide, “What and who is a Jew?”  It would behoove the White race to ask the same questions about themselves.