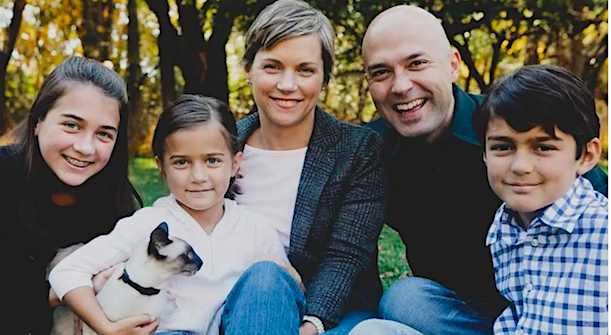 Joshua Harris, the author of the Christian self-help bestseller I Kissed Dating Goodbye, recently announced that he is both divorcing his wife and no longer considers himself a Christian, in the process apologizing to “the LGBTQ+ community” for having previously espoused a traditional Christian sexual ethic:

The book’s publishers bill I Kissed Dating Goodbye as presenting a “call to sincere love, real purity, and purposeful singleness” while providing “solid, biblical alternatives to society’s norm.” In the book, Harris advocated a more courtship-like model of forming relationships, including greater involvement of both partner’s parents and getting to know potential spouses in group settings….

“I have undergone a massive shift in regard to my faith in Jesus,” he said. “By all the measurements that I have for defining a Christian, I am not a Christian. Many people tell me that there is a different way to practice faith and I want to remain open to this, but I’m not there now.” He didn’t elaborate on the drivers of this shift, but went on to echo several common secular-progressive grievances about Christianity.

⁣⁣⁣⁣”I have lived in repentance for the past several years — repenting of my self-righteousness, my fear-based approach to life, the teaching of my books, my views of women in the church, and my approach to parenting to name a few,” Harris declared. “But I specifically want to add to this list now: to the LGBTQ+ community, I want to say that I am sorry for the views that I taught in my books and as a pastor regarding sexuality. I regret standing against marriage equality, for not affirming you and your place in the church, and for any ways that my writing and speaking contributed to a culture of exclusion and bigotry.”

The American Conservative’s Rod Dreher highlighted an interview Harris gave to Sojourners earlier this month, which appears to shed light on his transformation. There, Harris says that as he grapples with the “sex positive” trend in which the “historical sexual ethic related to sex outside of marriage, related to homosexuality, is basically laid aside,” he finds it “almost easier” to “contemplate throwing out all of Christianity than it is to keeping Christianity and adapting it in these different ways.”

“What’s really interesting about that interview is that it’s about the inability to reconcile the historic, Biblical Christian faith with the Sexual Revolution,” Dreher responded. He added that he has “incomparably more respect for Harris for walking away from the faith entirely” than he does for those who distort Scripture to fit their sexual ideology, because “if you can make the Bible say that the Sexual Revolution is ordained by God, then you can make it say just about anything.”

Joshua Harris is the son of a White father and Japanese mother, so it should not come as a surprise to anyone that he is now discovering that the Christian faith is not for him, nor was it ever.

From the sounds of it, his new-found sympathy for sodomy may, in fact, eventually culminate in his own participation in it.  A 2008 study revealed that bi-racial Asians were twice as likely to experience psychological problems than non-mixed individuals, but it’s not just mixed Asians; all race-mixed people show the same instability.

James’ Epistle confirms this, pointing out that a  double-minded man is unstable in all ways.  And Jude tells us that one of the most serious sins in Sodom and Gomorrah was going after ‘strange flesh’.  In Ezra 9, we see that the Israelites had also taken the daughters of strange flesh and ‘mingled their seed’, creating race-mixed children, breaking the commandments of God.

Esau is the archetype for all race mixers in the Bible, who profaned his birthright by taking strange wives, much to the consternation of his mother Rebecca.

Why do Christians ignore these warnings and allow non-Israelite aliens like Joshua Harris to be their pastors?