Racist U.K. Soccer Fans To Be Sent to Auschwitz for Re-Education & De-Nazification 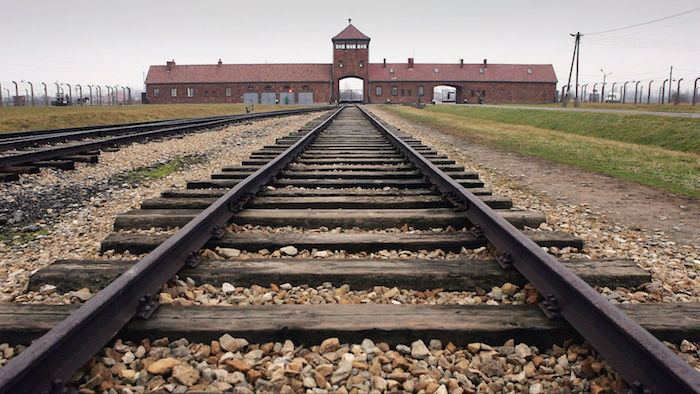 Instead of permanently banning Chelsea FC fans who made racist and antisemitic chants during matches, the club is offering to send them to the Nazi work camp at Auschwitz for “re-education” purposes:

Fans involved in racist activity, including chanting anti-Semitic slogans, will be given a choice of an educational trip to the death camp instead of being banned from attending Premier League matches.

“If you just ban people, you will never change their behavior,” Chelsea chairman Bruce Buck was quoted as saying by the Sun.

“This policy gives them the chance to realize what they have done, to make them want to behave better,” he added.

The initiative was reportedly backed by Stamford Bridge owner Roman Abramovich who is Jewish.

Auschwitz, a symbol of terror and [alleged] genocide, was the biggest [work] death camp built and operated by Nazi Germany during World War II. It was established in 1940 in the suburbs of the Polish city Oswiecim and rapidly evolved into a network of horrific concentration camps where more than one million people were [allegedly] exterminated in gas chambers or died from starvation or heavy work.

In April, a Chelsea delegation attended the annual March of the Living at Auschwitz to pay tribute to the victims of the Holocaust.

“The trips to Auschwitz were really important and effective and we will consider more as well as other things that will affect people,” Buck said.

“We want to convince other clubs to do their own things and make a real dent in what is still a problem,” he added.

This scenario is merely a re-enactment of the old jewish-Soviet gulag system, where unrepentant “counter-revolutionaries” would be sent for “re-education” to get their minds right, but instead of an “attitude adjustment” most were simply worked to death.   In fact, the jewish gulag system made Auschwitz look like Club Med, considering Auschwitz had a swimming pool, day care center, and orchestra for the inmates.

There can be no doubt that there are Jews who fantasize about re-opening Auschwitz as a prison — or even a real death camp — for anyone who disagrees with their nation-wrecking agenda.  But they’d have to expand Auschwitz’s fences to enclose all of Poland and Hungary at this point because both of those countries have repudiated jewish attempts to destroy them through Third World immigration.

Any White soccer fan who is offered a free trip to Auschwitz should take it — at least they’ll get to see what a truly White country still looks like.  They’ll understand why they are racist and antisemitic — because they will see what they’ve lost in England, and what they’ll never get back.