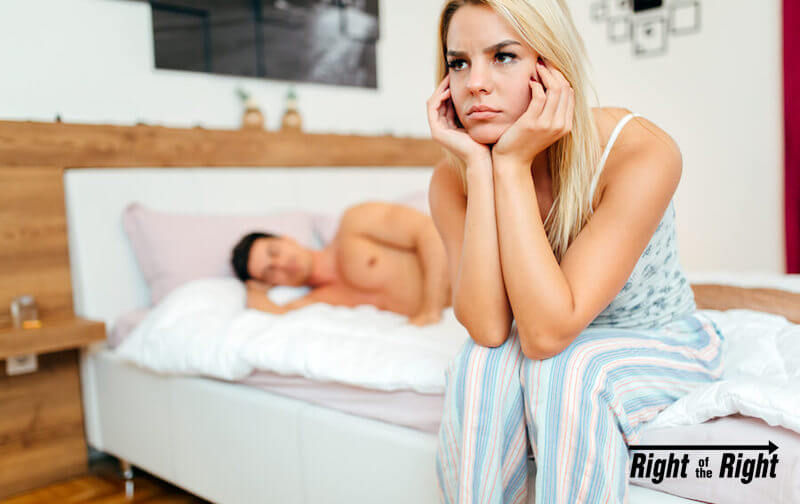 “Feminists are going on a “sex strike”! That’s right, it’s #Lysistrata2018 and it’s absolutely glorious. Jennifer Wright, political editor-at-large for Harper’s Bazaar, tweeted out the idea on Monday and it’s gaining traction among feminists who don’t understand logic (but I repeat myself).

“We’re very likely to lose Roe Vs. Wade,” Wright tweeted, following the announcement of Justice Kennedy’s retirement. “Some men may think that doesn’t concern them. Make it.” That’s right, feminists are protesting a potential abortion ban by — you gotta love ‘em — suggesting women stop doing the thing that could cause them to feel they need an abortion in the first place. Hold the phone, I think feminists just banned abortion!

Sadly, it’s not that simple. Wright suggests women add a female judge emoji to their “dating profiles” to “show people you won’t date/sleep with anyone who doesn’t support a woman’s right to choose.” She then coins the hashtag #Lysistrata2018.”

In the old days, a woman wanted a man to marry her before she would agree to consummate the relationship. Today, a woman wants to be reassured that a man will agree to abort their unborn child before she feels “safe” enough to go to bed with him.

For a feminist, the three little words have become, “Will you abort?” How progressive.