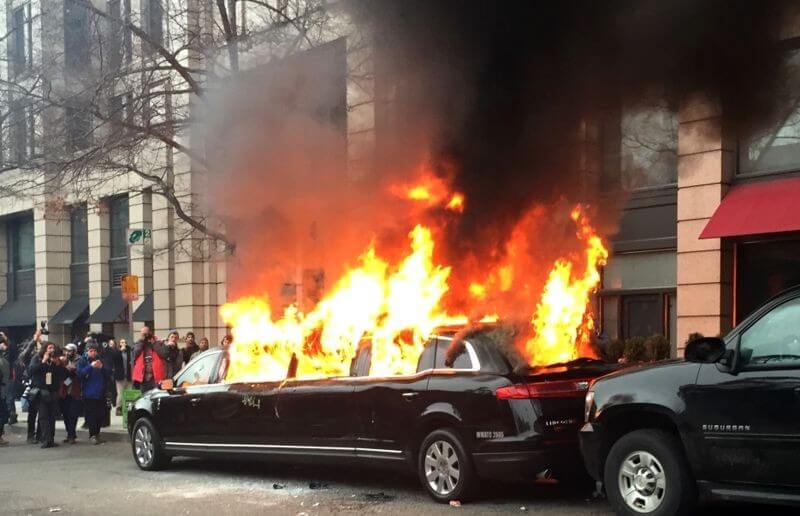 (Splinter News) Leftists issue threat of violence against the Trump administration and any employee in it, yet the FBI doesn’t seem to feel a need to investigate:

“Do you think that being asked to leave a restaurant, or having your meal interrupted, or being called by the public is bad? My fascism-enabling friends, this is only the beginning.

I do not believe that Trump administration officials should be able to live their lives in peace and affluence while they inflict serious harms on large portions of the American population.

Not being able to go to restaurants and attend parties and be celebrated is just the minimum baseline here. These people, who are pushing America merrily down the road to fascism and white nationalism, are delusional if they do not think that the backlash is going to get much worse.

The U.S. had thousands of domestic bombings per year in the early 1970s. This is what happens when citizens decide en masse that their political system is corrupt, racist, and unresponsive.

The people out of power have only just begun to flex their dissatisfaction. The day will come, sooner that you all think, when Trump administration officials will look back fondly on the time when all they had to worry about was getting hollered at at a Mexican restaurant. When you aggressively fuck with people’s lives, you should not be surprised when they decide to fuck with yours.”

Liberals have a long legacy of resorting to violence to reach their goals–they have put over 100 million people in their graves in the last 100 years, and they are not done yet.

Will the FBI visit this domestic terrorist, Hamilton Nolan, who wrote this violent manifesto?

Not likely–the FBI has a history of looking the other way when it comes to Antifa and left wing violence.