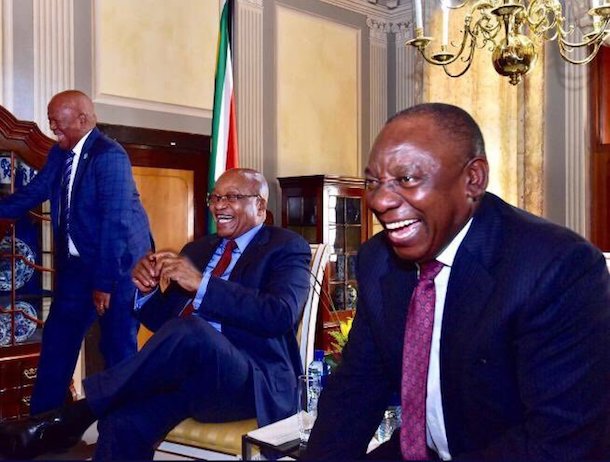 White South Africans, mainly those with power in their hands, must realise that particularly young black people are becoming increasingly angry about their “lackadaisical” attitude, President Cyril Ramaphosa said on Thursday evening, during a live interview on 702 and CapeTalk by Xolani Gwala.

In Ramaphosa’s view, this can be seen as a justifiable anger, especially among young black professionals who find that, despite obtaining qualifications, they fail to gain access to the jobs market.

“We must never give up preaching about this kind of thing. If we give up on this, SA descends into mayhem. We got free by putting pressure on apartheid rulers. We need to use a multiplicity of pressure points,” said Ramaphosa.

“We cannot walk away from our country and the nation building project. We have to keep going on.”

Somebody has to be responsible for Black misbehavior because obviously the Blacks themselves refuse to be.  In the jewish paradigm of diversity, Blacks cannot be blamed for anything, as they are a “historically oppressed” people.  Any negative or anti-social behaviors that Blacks exhibit are caused by White racism, both past and present.  Racism is so evil that it turns people of color into rapists, murderers, extortionist, drug dealers, and prostitutes.

And it’s no coincidence that Ramaphosa accused Whites of being “lackadaisical” about handing over the country they built to Blacks — Africans are generally a very impatient people who have no sense of delayed gratification.  They don’t want to have to wait until the courts rubber stamp the confiscation of White property — they want it right now, and the longer they have to wait, the more violent their rhetoric and actions will become.