Ramaphosa Claims No White Farmers Have Been Murdered in South Africa 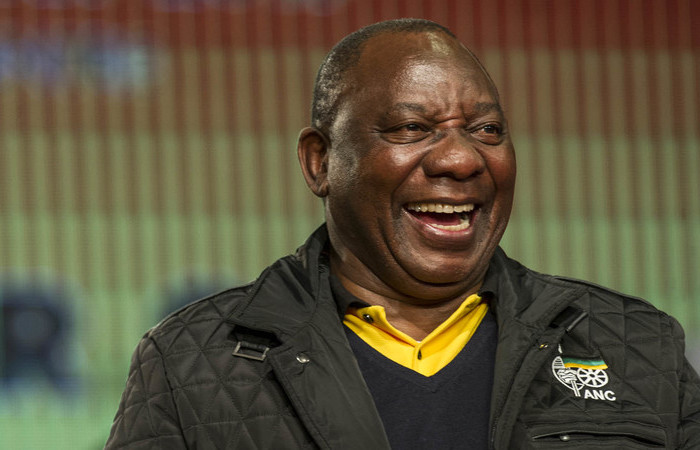 During a recent interview with the jewish-owned media giant, Bloomberg News, South African President Cyril Ramaphosa brazenly claimed that no White South African farmers had been murdered by Blacks:

Speaking in New York, South Africa’s president claimed that farmers are not being killed in his country. However, whether a slip of the tongue or a something more sinister, Cyril Ramaphosa wasn’t telling the truth.

Ramaphosa was commenting on a tweet by United States President Donald Trump in an interview. Trump had tweeted in August 2018 that he had asked his secretary of state to “closely study the South Africa land and farm seizures and expropriations and the large-scale killing of farmers”.

“On the tweet itself… it was clearly misinformed,” Ramaphosa told media company Bloomberg on 26 September 2018. “And whoever gave him that information was completely wrong. There are no killings of farmers or white farmers in South Africa.”

But official crime statistics released this month by South Africa’s police service show this is wrong.

South Africa’s police released official crime statistics on 11 September 2018. These included statistics on the number of people murdered on farms and agricultural smallholdings, which met the definition contained in the 2011 Rural Safety Strategy.

Between 1 April 2017 and 31 March 2018, a total of 62 murders were recorded on farms and agricultural smallholdings. Of those people, 52 were identified by the police as owners or occupiers of the property.

Ramaphosa is able to make these absurd denials because he knows the Jews who control the media will cover for him in any way they can.  They certainly won’t publicly challenge his denials, which would expose him as the liar and charlatan that he is.  No matter how absurd Ramaphosa’s statements are, the Jews will provide media “experts” to interpret them in the “correct” way.

If Black farmers were being raped, tortured, murdered by Whites intent on stealing their land, the U.N. would be sending armed troops in to protect the Blacks.  The international condemnation in the jewish press would never stop, but because it’s Whites who are the victims, the Jews are silent — or in this case actually helping the Blacks completely deny that it’s even happening.