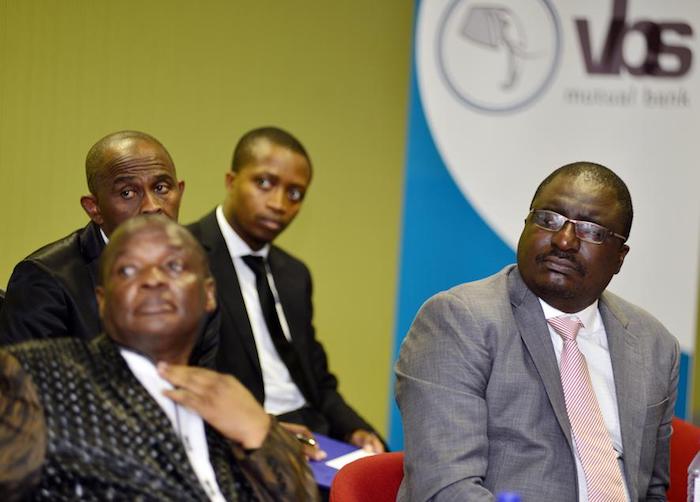 A final report of the official investigation into VBS Mutual is recommending that more than 50 Blacks be criminally charged for fraud involving over $130 million being transferred to their personal accounts:

The criminal charges should stem from evidence of fraud, corruption and bribery perpetrated by the bank’s leadership and public officials with whom they were in cahoots.

The latest developments in the VBS saga are contained in an explosive report by advocate Terry Motau, who was appointed to head an investigation into the bank’s collapse. The report is titled “The great bank heist”.

“The evidence presented in the report is not a reflection of either the guilt or innocence of any party, as not all parties have been given an opportunity to respond to the evidence,” the South African Reserve Bank said in a statement on Wednesday.

“The report may assist the law enforcement authorities in its investigation into the affairs of VBS. Once their investigations have been concluded, the authorities may decide to institute criminal prosecutions; the courts will be the final adjudicator in this regard.”

Between 2015 and early 2018, when the South African Reserve Bank (SARB) placed VBS under curatorship due to a liquidity crisis, the chair of the bank, Tshifhiwa Matodzi – together with his co-directors and ally Robert Madzonga – facilitated the looting of nearly R2bn.

Both have steadfastly maintained their innocence.

Motau’s report supports early findings by curator Anoosh Rooplal, who dragged Matodzi and Madzonga before the South Gauteng High Court in Johannesburg to be provisionally sequestrated earlier this year, along with three other executives.

Motau undertook a five-month investigation which included the review of documents seized from VBS and Vele Investments, VBS’ largest shareholder, and conducted extensive interviews with the role players.

Motau also recommends that VBS be wound up (liquidated), as he does not believe there is any prospect of saving it.

“It is corrupt and rotten to the core. Indeed, there is hardly a person in its employ in any position of authority who is not, in some way or the other, complicit.”

”The captors and their associates went on a massive spending spree at the expense of VBS’ depositors.”

What is “shocking” is not the rampant fraud among these Blacks but rather the trust that anyone had put in Blacks’ “ability” to run a bank in the first place.  But “equality” demands that Blacks be given the chance to show South Africa and the world that they can do whatever Whites can do.  Of course, Jews do the same thing as Blacks, but they do it on such a massive and complex scale that it takes years for auditors to unravel the extent of the fraud, such as Ivan Boesky or Enron.  And Jews also are clever enough to make sure that the taxpayers foot the bill when the extent of their fraud is revealed.

Blacks are in way over their heads with banking, and they should stick to what they are good at–robbing old ladies at knife point for the few dollars in their purses.  Leave the large-scale looting to the Jews who rob entire countries blind, such as when the former-Soviet Union collapsed and the Jews from Harvard and Wall Street swooped in like the vultures and picked the carcass clean while their jewish friends in the media spun the looting operation as “shock capitalism.”  Either way, with Blacks and Jews in your country the results are the same, just the means are different.