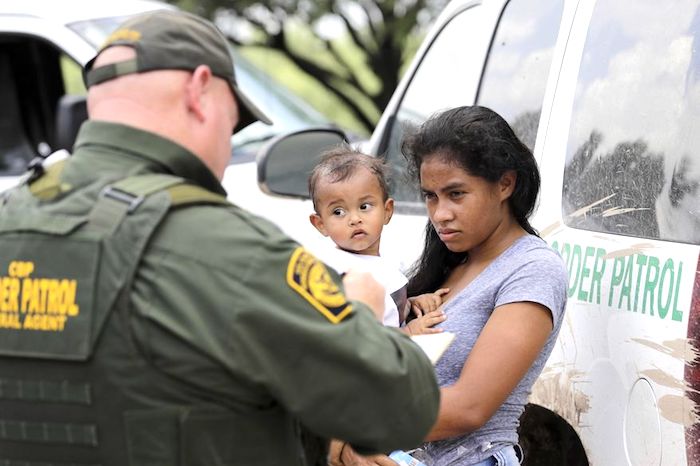 Illegal immigrant families shattered the old records and snuck into the country at record rates in October, according to new numbers released Friday:

A staggering 23,121 parents and children traveling as families were caught jumping the border last month. That’s nearly 40 percent higher than any month on record.

It’s also nearly 400 percent more than the number recorded just a year ago.

The numbers underscore the challenge the Trump administration is facing as it tries to tamp down on what appears to be a run for the border by Central Americans, particularly from Guatemala, Honduras and El Salvador.

Pushed by grim conditions back home and enticed into the U.S. by lax policies, children and families from those countries have come to dominate the border immigration problem.

When families, unaccompanied children and single adults are included, the Border Patrol caught nearly 51,000 illegal immigrants in November — the highest since the worst days of the 2014 Obama illegal immigration surge.

Combined, that amounts to about 2,000 illegal immigrants a day.

The Trump administration took action this week to try to close “loopholes” in U.S. policy. President Trump signed a proclamation that triggers new rules prohibiting illegal immigrants from claiming asylum if they jump the border.

Immigrant-rights groups have already announced a lawsuit to try to stop those rules.

The proclamation was a sign of Mr. Trump’s frustration with the problem.

He said Democrats have obstructed him, yet have offered no answers to the massive numbers of people attempting to cross.

Of course Trump will blame the Democrats for this brown tsunami hitting our shores, and that’s exactly what we’re supposed to believe, but nothing could be further from the truth.  Both parties are aiding and abetting this invasion, and they are doing so at the behest of their jewish paymasters who are financing a literal army of immigration lawyers who are filing lawsuits daily to paralyze the immigration process and make it impossible to turn anyone away, regardless of how bogus their status is.

This record influx of unwanted and undesirable latino migrants has come during a time when Trump and Republicans controlled both the House and the Senate, and now that the Republicans have lost control of the House, Trump has the perfect excuse for doing nothing about this problem.  And make no mistake, Trump doesn’t want to do anything to rock the boat and upset his jewish puppet masters who are the architects of this immigration disaster.  By doing nothing, he at least ensures crucial jewish support for his re-election.