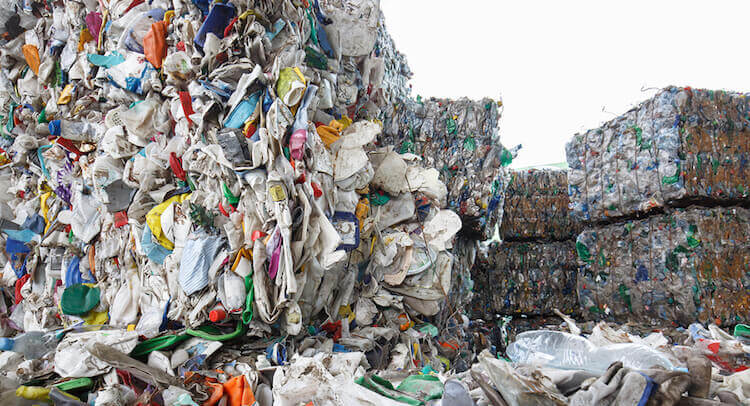 The great recycling scam may be finally coming to a close:

The huge dirty secret of recycling was also one of the world’s worst polluters.

Every branch of government from Washington D.C. to your local town council had spent a fortune convincing people that recycling is a magical process that turns your old pizza boxes into new pizza boxes while creating those imaginary “green jobs” in the community. The reality was a lot dirtier.

“All of America’s industries, including trash sorting, had been outsourced to China.

And recycling is just a fancy lefty way of saying “trash.” All that recycling, which children in progressive communities are taught to sort as the closest thing to a religious ritual, was really being dumped by the ton on dirty ships and sent over to China. We weren’t recycling it. The Chinese were.

But now China is banning foreign recycling because it’s bad for the environment.

Even the Communists got tired of sorting through the trash of American socialists. The recycling scam shipped garbage on dirty ships for dirty industries while pretending that they’re clean and green.

There was never anything clean about it. And only the money it brought in was green.

…The dirty secret of recycling is that it depended on the willingness of Third World countries to greenwash our trash so that progressives could pretend that their moral garbage was saving the planet.”

The scam of the recycling industry is even worse than what this story alleges. In reality, China, Africa, and other Third World countries who accept our “recyclables” don’t actually “greenwash” much of it at all – they merely dump it in landfills and accept a nice big paycheck.

For years, “green” environmentalists have felt morally superior when they took their garbage to recycling centers. Little did they know that their “moral trash” was merely being shipped to a land fill in Africa or China.