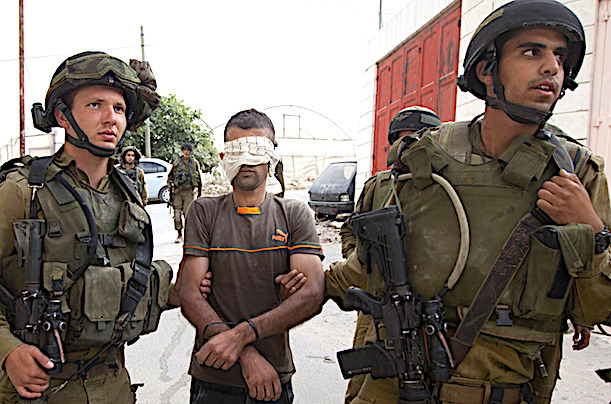 More than 75% of Israeli millennials believe that torture of enemy combatants is permissible, marking the highest level of acceptance of the practice among young people in 16 different countries, according to a Red Cross report released on Thursday:

Sixteen thousand people aged between 20 and 35 took part in the survey, both in war-torn countries such as Afghanistan and Syria and largely peaceful ones like Britain and France.

The report found that 55 percent of all respondents said torture was never acceptable, but among Israelis the figure was just 23%, the lowest of all countries surveyed.

This was compared to states such as Syria and Colombia, where 71% opposed it entirely.

Some 12% of all those surveyed said the use of nuclear weapons was acceptable under some circumstances. Among Israelis, 18% agreed, while 77% said it’s never allowed. Nigeria and the United States topped the list of responses saying nuclear weapons use is acceptable in some cases, with 23% and 22%, respectively.

The Red Cross report also signaled young Israelis and Palestinians are deeply pessimistic about the prospect of the end of conflict, with 65% and 52%, respectively, saying the “fighting in their home areas will never end…”

Despite this, most Israelis (53%) believe the Geneva Conventions, agreed on in 1949 to protect prisoners of war and civilians in wartime in response to the horrors of World War II, are ineffective at reducing suffering in war. It was only one of two countries in which the majority felt this way — the other was war-torn Syria (56%).

The survey also found that more than half of millennials fear there will be a nuclear attack somewhere in the world within the next decade….

The ICRC said the survey also revealed some “worrying trends,” such as the answers they received to the question: “In your opinion, is torturing captured enemy combatants acceptable under some circumstances, or is it never acceptable?”

…Syrians had the highest support among respondents for showing humanity in war, with 85% saying captured combatants should be allowed to contact relatives and 70% saying torture was never acceptable.

No surprise here, considering that the jewish “holy” book, The Talmud, does not consider non-Jews to be human.  And despite the high level of atheism among Jews, this supremacist attitude has an obvious ‘trickle down’ effect regardless of religiosity.

Since the foundation of the State of Israel, the Jews have indeed engaged in a systematic torture and genocide of the Palestinian people, and in order to justify that ‘cleansing of the land,’ they’ve called any Palestinian who opposes it an ‘antisemitic enemy combatant’.

And not only have the Israelis wantonly murdered these Palestinian ‘enemy combatants’, they have secretly harvested their organs including their skin which they keep in the largest Skin Bank in the world.

Imagine having the ability to remove the skin from a live Palestinian.  Now you understand why Israeli Jews, just like their Bolshevik ancestors, don’t have a problem with torture, unlike most of the world.