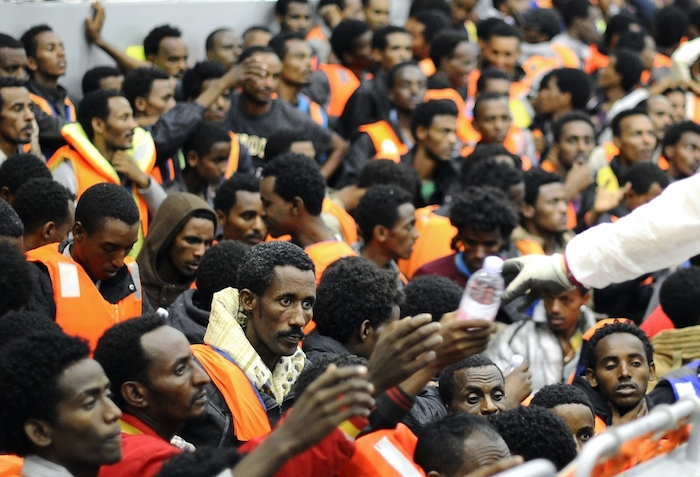 An outrageous report by Italian newspaper Il Giornale states that 60% of immigrants in Italy have retired having never worked:

Out of 96,000 non-EU citizens who receive a pension from Istituto Nazionale della Previdenza Sociale (INPS), 60,000 have never worked and therefore never paid in any contributions or taxes.

There are roughly two million foreigners enrolled with Italy’s social security agency in total. The number of employed, contributing towards their pensions is only 1,700,000.

This means 60 per cent of immigrants in Italy have never worked and are having their pensions paid for by the Italian taxpayer.

The INPS figures show that in 2017 96,743 pensions were paid to non-EU citizens. Of these, 60,000 receive a pension that is not covered by previously paid contributions.

The majority of the migrants living off the Italian taxpayer for retirement appears to be older family members allowed to migrate through chain migration “reunited with immigrants” Il Giornale reports.

The political elite and leftist media have been selling the idea of migration to Europe and the rest of the world as the way to sustain their declining workforces, to fill an increasing void in population to sustain labour and industry.

Yet the statistics simply do not support this somewhat half-baked theory, with the majority of migrants not working at all and being supported by benefits paid for by the nationals in the workforce.

When your socialist welfare State attracts parasites from the Third World, this is the logical result.  The idea that this is even legal is really remarkable.  One would think that bureaucrats would have anticipated this exploitable loophole, but that’s giving them too much credit.  In America, social security retirement payments are based on how much you’ve paid in over your working life, but in the marxist EU, such thinking would be considered “racist” or “counter-revolutionary.”

The entire EU economy is based on a minority of Whites working their entire lives to support non-White migrants, 80% or more of whom are on welfare.  The EU will have no choice but to cancel any retirement pensions in 20 years because there will be no one left to pay in to the system.  In the future, retirement pensions will be recognized as remnants of “colonialism” and “White privilege.”  Currently, less than 20% of the German population pays taxes, and the rest are parasites.  Italy is probably in far worse shape, and judging by this report, Italian “generosity” is going to be their undoing.