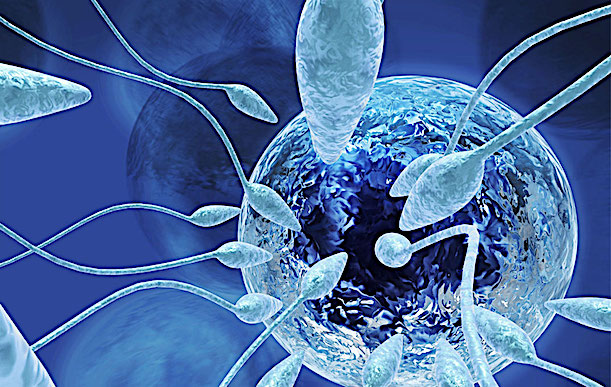 Researchers at the University of Miami who are investigating the possible side effects of the coronavirus vaccine on male fertility are advising men of reproduction age to take precautions before getting the vaccine:

Lead researchers Dr. Ranjith Ramasamy, a reproductive urologist with U Health, initiated an earlier study which found the virus was present in the testicles for up to six months following infection.

That spurred his team to question the virus’ effect on sperm and reproduction.

His team is now looking at the potential impact of the vaccine as well.

“We’re evaluating the sperm parameters and quality before the vaccine and after the vaccine. From the biology of the COVID vaccine we believe it shouldn’t affect fertility but we want to do the study to make sure that man who want to have kids in the future to assure them it’s safe to go ahead and get the vaccine,” Ramasamy said.

Study participants must have a fertility evaluation before receiving the vaccine.

To protect fertility, some men may want to consider freezing their sperm prior to vaccination.

From the beginning of the “pandemic”, the media has been running cover stories that the COVID virus itself could cause sterility in men — a scare tactic intended to prompt men to rush out and get vaccinated against it when the vaccines became available.

But these stories — and yes, they were just “stories” — were also meant to provide plausible deniability once the vaccines were rolled out — when men who received them ended up sterile from the vaccines.

And, yes, vaccines have been used to control population in the Third World —  a tetanus vaccine sponsored by Bill Gates in Kenya was found to include Human Chorionic Gonadatropin (HCG), which causes infertility in women — which explains why men were not given this vaccine — only women.

These new mRNA COVID vaccines — which have never before been tested on humans — literally highjack your DNA to allegedly produce “antibodies” against the virus — but they don’t know what effect that may have on DNA in fragile male sperm — a serious consideration.

But these fertility studies all require time — which is why vaccines are normally studied for over 10 years before they are allowed to be used on the public — and even then they aren’t safe — but they are more likely to know long-term side effects, like fertility.

And yet they expect us to believe that in less than a year they have determined that the vaccines are “safe” — which would mean that they don’t cause sterility — knowing that it’s impossible to know this without years of studies.

But we are expect to “trust the plan” — and if you happen to become sterile from the vaccine, you may not be able to have children in the future, but at least you’ve done your part in not “spreading” the virus — even though “experts” admit that the vaccine won’t stop anyone from spreading the virus.

All the fine print is rather bothersome — just leave it up to these “experts”.