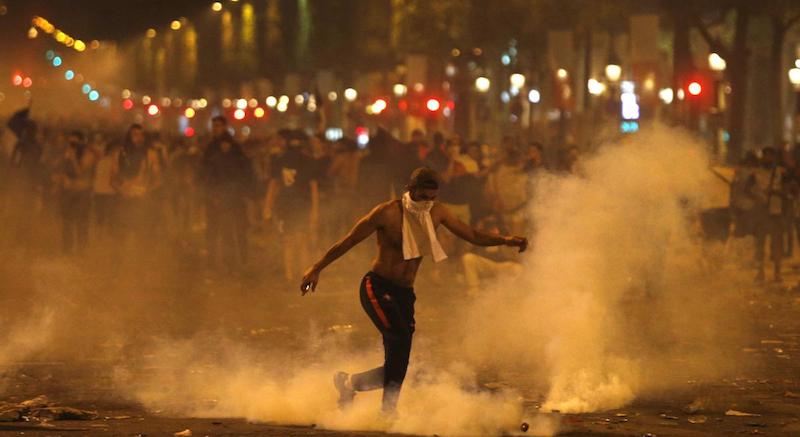 We have previously predicted that non-Whites would burn Paris regardless of whether the soccer team won or not, and right on cue, that’s exactly what has happened:

French riot police were called in to combat violence in France as riots erupted on streets and left two fans dead hours after their football team won the World Cup in Russia.

Celebrations turned to chaos in France with riots and looting as millions of French fans had been celebrating their team’s 4-2 victory over Croatia in the World Cup final.

More than 500 people were arrested during the evening after the win and around 100,000 police officers were out on the streets as well as 44,000 firefighters.

In the southeast city of Annecy, police reported a 50-year-old man died after breaking his neck when he jumped into a shallow canal in celebration of the French victory.

And in the small town of Saint-Felix in northern France, a man in his thirties died after crashing his car into a tree while celebrating after the match ended.

Around 845 cars were vandalised during the evening’s violence.

Clearly, this would not be happening if France were still an ethnically White country. The violence that multicultural France will experience will make the French Revolution look like a walk in the park on Sunday.