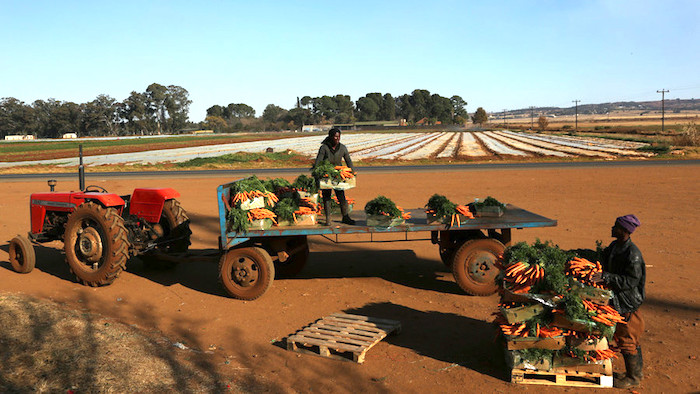 One of the world’s largest Rothschild-controlled banks, the International Monetary Fund, has issued its explicit approval of the ongoing theft of White-owned land in South Africa:

The International Monetary Fund (IMF) approves of South Africa’s controversial land reform as long as the highly contentious process is “rules-based” and transparent, according to the fund’s representative in the country.

Montfort Mlachila, the IMF’s senior resident representative in South Africa, said that the regulation must not damage agricultural output and put at risk food supplies for the country’s citizens.

“We are in full support of the need to undertake land reforms in order to address the issues of inequality,” Mlachila said in an interview with Reuters.

The elite jewish bankers at the IMF are under no illusions that this land confiscation is going to proceed peacefully–after all, the Rothschilds and their henchmen owned Rhodesia lock, stock, and barrel at one point, so they know what’s in store for South Africa, which they also control.

Despite their public statements, they know with a certainty that any land “reform” is going to endanger agricultural output and result in potential starvation–but they are proceeding anyway.

When the world’s richest Jews make such a public statement in support of the Black communists, everyone should wake up and realize that the days of peace for Whites in South Africa are numbered.

Their hatred of the Whites far out-weighs any economic interests they may have–reducing the prosperity of Whites is an essential part of their plan for “globalization”.