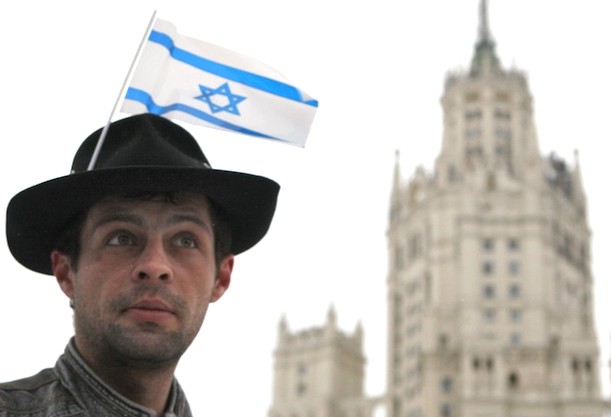 A Russian court handed a 2-1/2 year prison sentence to a young man who allegedly wrote antisemitic graffiti on a residential building during a binge of heavy drinking:

A district court in the city of Kurgan near Russia’s border with Kazakhstan earlier this week upheld the unusually lengthy sentence, which the 23-year-old man received from a lower court last year, Kommersant reported Wednesday.

The man, who was not named in the report, was drunk when he broke the law against inciting racial hatred by calling for extremist activity, the court said. The sentence also takes into account the perpetrator’s previous convictions for carjacking and theft, the report also said. It did not say what the man wrote or drew.

Leaders of Russian Jewry have often expressed gratitude to the judiciary for a strict approach to anti-Semitism.

Russian President Vladimir Putin, whose government is widely seen as controlling the judiciary, has often spoken out against anti-Semitism.

Watchdog groups, including ones critical to Putin, say that Russia has only a few dozen cases annually involving anti-Semitic violence or intimidation — a fraction of the tally in many European countries with sizable Jewish populations.

So this young Russian man was charged with inciting “racial violence” even though there is absolutely no evidence whatsoever that the graffiti he wrote on the side of a building even indirectly harmed a Jew anywhere in his town, in Russia, or anywhere else in the world.  In other words, this was a victimless crime, except perhaps the owner of the building who had to remove the graffiti, but if we are to believe this ruling, all Jews in Russia were “victimized” by this drunken attempt at graffiti, the substance of which was not released to the public, probably because it wasn’t nearly as “intimidating” as we are lead to believe.

Again, we see that Jews seem to actually believe that any criticism of them is a form of actual, physical violence against them, which they often describe in the most hysterical and inflammatory language such as “atrocity” or “genocidal intimidation”.  And keep in mind, this innocuous incident of drunken vandalism was reported internationally in the jewish press as if it were an attack on Jews no matter where they live.  This is how Jews are kept in line and in constant fear, while at the same time non-Jews are intimidated by potential prison for daring to criticize anything that the Jews are doing.  This strategy failed to eradicate “antisemtism” in Bolshevik Russia, and it will fail everywhere else because this strategy in itself is a source of antisemitism.