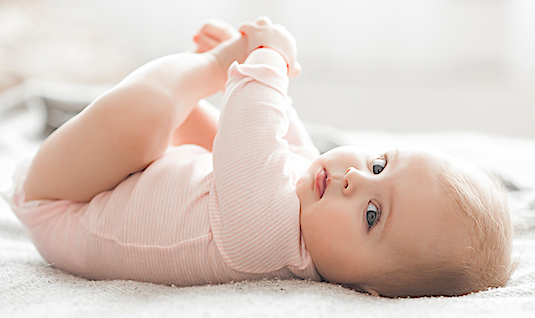 The so-called COVID-19 “pandemic” appears to have brought on a surprising — and unexplained — effect on the normal expected death rate among children — starting in early March, expected deaths began to sharply decline, from an expected level of around 700 deaths per week to well under 500 by mid‐April and throughout May:

…As untimely deaths spiked among the elderly in Manhattan nursing homes and in similar settings all over the country, something mysterious was saving the lives of children. As springtime in America came along with massive disruptions in family life amid near universal lockdowns, roughly 30% fewer children died.

Was this a protective effect of school closures? Were teenagers getting themselves into risky situations at a lower rate? No. There was very little effect among school age children or adolescents…

Virtually the entire change came from infants. Somehow, the changing pattern of American life during the lockdowns has been saving the lives of hundreds of infants, over 200 per week.

…Compared to expectations, the lives of over 200 infants per week were saved during the month of May.  Combining the number of lives saved in infants and children aged 1‐4, demonstrates a smaller but comparably large and beneficial effect: roughly 145,000 life‐years saved among children under 5. Noting the surprising effect of the lockdown on infants and children under 5 does nothing to negate the tragic effect of the pandemic on the elderly. It does, however, raise a question: why are so many fewer children dying?

…There are however, frequent cases in which previously healthy infants die unexpectedly. These deaths are usually classified as “Sudden Infant Death Syndrome” or SIDS. According to the CDC, SIDS deaths are one of the two largest causes of death among infants aged 1 month to 1 year. [7]

We have no specific data on the trend in SIDS deaths during the pandemic. We have, however, heard anecdotal reports from emergency room (ER) doctors suggesting some have observed a decline in SIDS. One doctor who says he might see 3 cases of SIDS in a typical week has seen zero cases since the pandemic and associated lockdowns began.

What has changed during this period that might have such an effect? Are infant deaths not being recorded?

…One very clear change that has received publicity is that public health officials are bemoaning the sharp decline in infant vaccinations as parents are not taking their infants into pediatric offices for their regular well‐baby checks. In the May 15 issue of the CDC Morbidity and Mortality Weekly Report (MMWR), a group of authors from the CDC and Kaiser Permanente reported a sharp decline in provider orders for vaccines as well as a decline in pediatric vaccine doses administered.  These declines began in early march, around the time infant deaths began declining.

This effect may not be confined to the U.S. The World Health Organization issued a press release on May 22 noting that, “Since March 2020, routine childhood immunization services have been disrupted on a global scale that may be unprecedented since the inception of expanded programs on immunization (EPI) in the 1970s.” [9] Are fewer children dying because their parents are skipping their routine childhood vaccines? If lives are being saved during the pandemic, this is a question that urgently needs answering.

Between birth and 2 years old, infants are subjected to a whole retinue of dangerous life-threatening vaccines that have long been suspected as the cause of Sudden Infant Death Syndrome (S.I.D.S.) or Crib Death, and even court cases have also established this connection.

Why would any parent take a healthy child to a doctor in the first place?

Aren’t we supposed to go to doctors when we are sick?

Parents of young children especially are told this lie of “preventative health care” which almost solely involves multiple vaccinations — good luck finding a pediatrician who advises parents on proper nutrition for their children as a “preventative”.

If you want to dramatically increase the chances of your child getting sick or dying, take them to a pediatrician for a “wellness check” and get them up to date on all their vaccines.

Just as when death rates have gone down in countries when the doctors have gone on strike, we now know that the same effect happens when children can’t be vaccinated by those same purveyor of “health”. 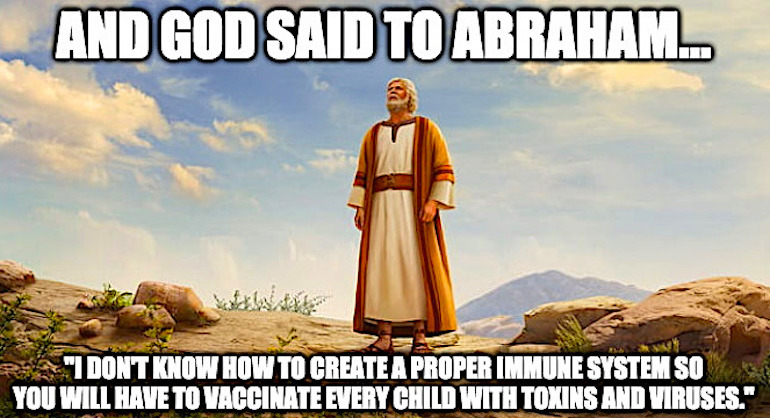