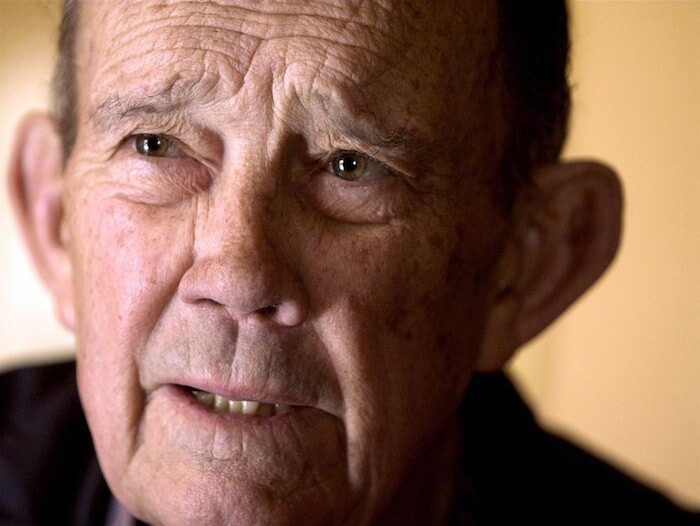 The jewish-controlled media in South Africa is working hard to smear the legacy of various White politicians from the Apartheid era:

One of the victims of an alleged paedophile network involving senior apartheid government ministers and businessmen in the 1980s has described to Netwerk24 how he was kidnapped, raped and forced to perform other sexual acts by former defence minister Magnus Malan and another “uncle”.

The man, who Netwerk24 dubs “Mr X”, is now 44, married and a father of two. He told the publication that he had been kidnapped at the age of 13 in 1987 by a group of white men in Port Elizabeth. He and four other coloured boys were reportedly given liquor and he passed out.

According to Mr X, he realised the next morning that he was raped by a man he refers to as “Uncle One”, before being forced into more sexual acts. After that, Malan reportedly fetched the 13-year-old and further molested him. Mr X claims he bled after being repeatedly abused, and was made to be Malan’s “wife” that entire night.

Netwerk24 said it was impossible to independently verify the allegation, but carried the interview due to public interest following the alleged revelations about Malan.

News24 reported on Sunday that three former National Party ministers, including one who is still alive, had been named as central figures in a paedophilia ring that operated during apartheid.

Investigations into Malan – as well as John Wiley, minister of environmental affairs, and another former minister, who was considered a possible successor to then-president PW Botha, and who is still alive – were halted by the police, and the investigating officer was hounded from service in the 1980s.

…These and other explosive allegations are contained in The Lost Boys of Bird Island, a book by former police officer Mark Minnie and former investigative journalist Chris Steyn, which hit the shelves on Sunday.”

Apartheid ended 20 years ago, but the jewish-controlled press in South Africa continues to regularly run stories demonizing leading White figures from that era, in the same manner that the jewish press in Europe and America continues to run salacious stories about the evil Nazis. However, even the ultra liberal, jewish-owned Wikipedia acknowledges that these charges against Malan are unsubstantiated and lack any credibility.

Oddly, Malan’s accusers come from South Africa’s “colored” communities – and they clearly do not understand that White pedophiles rarely target Black children. This fact alone should raise serious eyebrows. Yes, the White SA government was “racist”, but White pedophiles are even more “racist” or selective about their victims. But the authors of this new book allegedly exposing this elite pedophile ring won’t let inconvenient facts get in the way of a good smear campaign.