Scandal-Plagued, Pro-LGBT Boy Scouts to File Bankruptcy Due to Lack of Interest 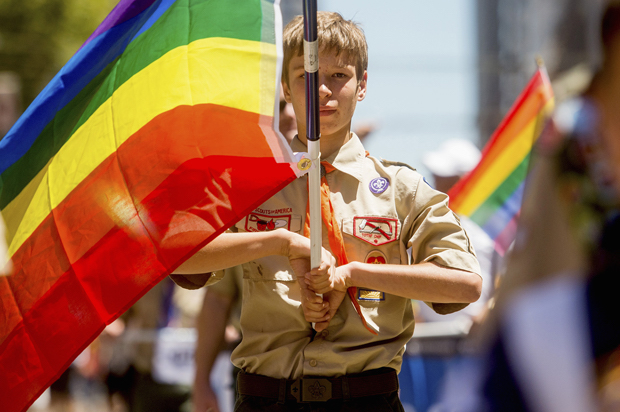 The Boy Scouts of America are planning to file for bankruptcy, cutting their losses after years of declining membership numbers and a raft of sex abuse lawsuits:

Boy Scouts management has reportedly hired law firm Sidley Austin to plan a Chapter 11 bankruptcy filing, which would pause pending litigation and give the cash-strapped organization some breathing room.

“Chief Scout Executive” Michael Surbaugh said in a statement that they were “working with experts to explore all options available to ensure that local and national programming of the Boy Scouts of America continues uninterrupted.”

The Boy Scouts have been experiencing an identity crisis recently, rebranding themselves as simply “Scouts BSA” and flinging open their doors to girls – perhaps not the best idea when they are also fielding dozens of sex abuse lawsuits. Critics have slammed the move for bowing to the dictates of Political Correctness, particularly because it follows the Scouts’ decision to accept transgender scouts last year and openly homosexual members not long before.

Several sex abuse lawsuits are pending against the Boy Scouts, including one by four former scouts who accuse the group of failing to run background checks on scoutmasters despite knowing it is a “pedophile magnet” and allege they were repeatedly molested by a Stamford scoutmaster during the two years they participated in the 1970s. Another suit, filed last week, alleges two Catholic priests who were also scout troop leaders (which should be a glaring red flag, really) sexually abused an Albuquerque man for years in the 1980s.

The Boy Scouts also face a trademark infringement suit from Girl Scouts USA, which has accused them of deliberately attempting to confuse parents and exert a monopoly over the idea of “Scouting.” The suit, filed last month, condemns the former Boy Scouts for trying to horn in on the Girl Scouts’ market to shore up their declining enrollment numbers.

And those numbers are definitely declining. The Boy Scouts have lost two-thirds of their numbers since the 1970s, with a full 30 percent drop since 2000. Even the Mormon Church, for whom scouting is a beloved rite of passage, have pulled some 610,000 kids out of the program since last year, starting their own version.

The Boy Scouts has always been a conservative organization to help young men grow up to be strong men of character with good Christian values, which explains why it had such appeal to the Mormons and other denominations.  Like the Catholic Church, no doubt, the Boy Scouts were infiltrated and subverted by the same usual suspects who convinced the leadership that they needed to adopt more “progressive” (i.e., jewish) values about social issues.

The decision to admit openly-gay men as troop leaders was a disaster, but some say they were forced to comply because of lawsuits, brought by the usual suspects.  Anywhere they are large numbers of children you will find sexual perverts lurking in the background ready to pounce, and the BSA gave them the greenlight by welcomed them into the organization.  Then they get stung by lawsuits by abused Scouts.  All of this was completely foreseeable.