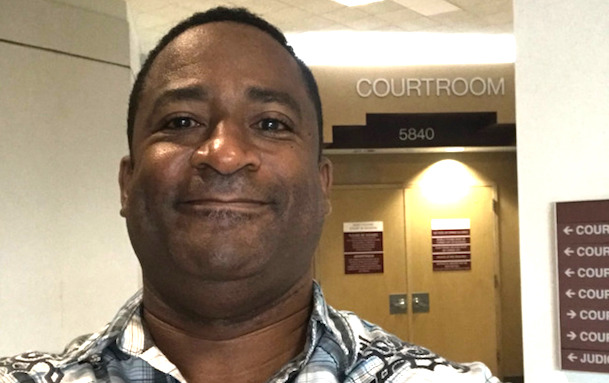 At the insistence of powerful jewish groups and individuals, William Latson, the Black principal of Spanish River Community High School in Boca Raton, Fla., on Monday was summarily fired for even suggesting that there is not a consensus about the historical ‘facts’ surrounding what is commonly known as “The Holocaust”:

The Palm Beach Post on Friday revealed an email exchange with a parent back in April 2018, in which Latson wrote: “Not everyone believes the Holocaust happened,” which is why his school offered courses on the Holocaust, but that they were only optional.

The mother with whom Latson was corresponding via email, asked him to clarify his comments, noting that “the Holocaust is a factual, historical event. It is not a right or a belief.”

South Florida prides itself on having one of the largest Jewish enclaves in America, which includes a dense population of Holocaust survivors. Thousands of them have signed an online petition calling for Latson’s resignation, which was followed on Monday by the Palm Beach County school district announcement that Latson is being reassigned.

Florida law mandates that all school districts must offer Holocaust education. The NY Times reminded its readers that back in 2018, a gunman opened fire at the Marjory Stoneman Douglas High School in Parkland during a class called History of the Holocaust. He killed 17 people.

The mother who corresponded with Latson said in an interview that she had no doubt Latson knows the Holocaust was real, and suggested he was afraid to take a stand on something this obvious for fear of retribution from parents who deny the Holocaust.

Latson issued an apology to The Palm Beach Post, saying, “I regret that the verbiage that I used when responding to an email message from a parent, one year ago, did not accurately reflect my professional and personal commitment to educating all students about the atrocities of the Holocaust. It is critical that, as a society, we hold dear the memory of the victims and hold fast to our commitment to counter anti-Semitism.”

But it was too little too late for school officials, who on Monday decided Latson had made “a grave error in judgment” and became a “major distraction.” They decided “in the best interest of students and the larger school community to reassign Mr. Latson to a District position.”

It’s important to note that Latson didn’t even “deny” that the Holocaust happened; rather, he merely pointed out the fact that not everyone believes that it is an entirely “factual” historical event.  Much to the chagrin of Jews everywhere, more and more people are looking into the so-called “fact” of the Holocaust and finding them lacking at best, but apparently to point this out is now a “crime” deserving of loss of job, especially in the aptly named Boca Raton (“rat’s mouth”), which has a huge jewish population.

This is why Jews are now pressuring Congress to enact a Federal law to make Holocaust indoctrination mandatory in all publicly-funded schools; they know people are quickly figuring out that the Holocaust isn’t exactly what they claim that it is, and without that “get out of jail free card,” people will start looking at all the crimes and misdemeanors of the Jews with much closer scrutiny, especially the ongoing genocide in Palestine perpetrated by the Israeli Jews, who use the Holocaust as a “trick” to silence anyone who criticizes the Jews or Israel.