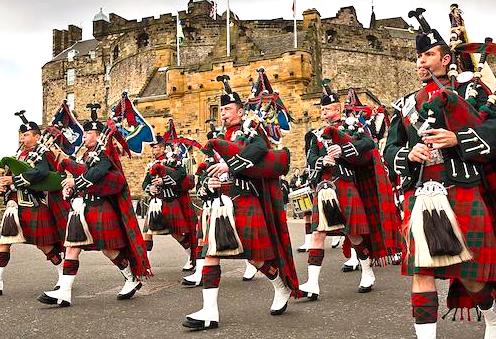 Ephraim Borowski, director of the Scottish Council of Jewish Communities (SCoJeC) said that the 8,000 Jews living in Scotland felt “alienated, vulnerable and not at home,” and are considering leaving the country over antisemitism:

The Herald on Sunday has revealed Mr Borowski made the comments last year during a appearance before Scottish Parliament’s cross party group on freedom of religion or belief.

Although the meeting took place in February the contents of the discussion were not reported at the time.

Speaking to the cross party group Mr Borowski said: “The general message is not that it is terrible being Jewish in Scotland.

“But in recent years there has been a very worrying increase in the level of antisemitism in the country, with the result that many Jewish people report they are actively considering emigrating from Scotland.”

He said that Jews were “treated differently” to everyone else and “singled out” in relation to antisemitism.

He added that the principle to come out of the Macpherson Report, which defined a racist incident as “any incident which is perceived to be racist by the victim or any other person” was not being applied to Jews.

Mr Borowski said: “That principle is only challenged in the context of antisemitism. People saying that some action or statement is not antisemitism. This is others trying to define the Jewish communities hurt.”

The SCoJec director also said that while Scotland has a small number of reported incidents of antisemitism that did not mean the country was more welcoming than other parts of the UK where reports are higher.

He noted that Scotland is home to about 2 per cent of the UK’s Jewish population.

“Mostly the Jewish community used to feel that Scotland was a good place to be Jewish but for many that has reversed,” he said.

“Many Jews actively discuss leaving Scotland because they feel alienated, vulnerable and not at home.”

When asked by The Herald on Sunday how typical it was for members of the Jewish community in Scotland to be considering leaving, Mr Borowski pointed to SCoJec research carried out in 2015 in which a third of respondents described a heightened level of anxiety, discomfort, or vulnerability.

Mark Gardner, director of communications at the Community Security Trust, said: “This is an accurate summary of the fact that despite the many positives of Scottish Jewish life, many Jews are still considerably more nervous about the state of antisemitism, politics and society than was the case 10 or 20 years ago.

“A similar trend can be seen in Jewish communities across Europe and in this context, Scotland and indeed the UK as a whole remain relatively better than elsewhere.”

We’ve reported on similar stories of Jews allegedly ‘threatening’ to leave England, France, and Germany because of the ‘alarming’ rising of antisemitism.

Jews in these countries seem to be under the mistaken impression that these threats to leave will be met with anything but applause and a collective sigh of relief.

But not once does this Jewish spokesman give a single concrete example of ‘antisemitism’ in Scotland that is making Jews so ‘afraid’ that they want to leave — because, in reality, they won’t be satisfied anywhere they live.

It’s all about a vague, unspecified existential ‘feeling’ that Jews allegedly share — Jews, after all, have been looking over their shoulders for the last 2,000 years waiting for the next time they get caught with the hands in the cookie jar.

Though tiny in number, Scotland’s Jews have the ability to crush anyone who merely speaks out of line, even in the most trivial way.

If there is indeed an ‘uptick’ in antisemitism in Scotland, it can be attributed to two obvious causes: a flood of violent anti-Zionist Muslim immigrants, and anti-Israel rhetoric on college campuses.

Jews have encouraged Third World immigration into Scotland to destroy the White Christian hegemony that goes back almost 2,000 years, but in the process have merely substituted one existential ‘enemy’ for another.

Is it antisemitic to encourage every Jew in Scotland to make aliyah to Israel — that would be a win-win for everyone, no?