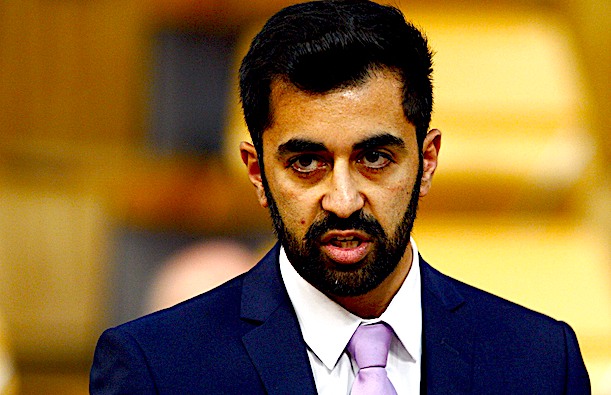 Conversations over the dinner table that incite hatred must be prosecuted under Scotland’s hate crime law, the justice secretary has said.

Journalists and theatre directors should also face the courts if their work is deemed to deliberately stoke up prejudice, Humza Yousaf said.

The Hate Crime and Public Order (Scotland) Bill has been condemned by critics including the Scottish Catholic Church, police representatives, academics and artists. It will introduce an offence of stirring-up of hatred against people with protected characteristics, including disability, sexual orientation and age.

The bill is loosely based on the Public Order Act 1986, which outlaws threatening, abusive or insulting words and behaviour but includes a “dwelling defence” that states the threatening language cannot be prosecuted if it is spoken in a private home.

Mr Yousaf said that there should be no “dwelling defence” in his bill. He told the Scottish parliament’s justice committee that children, family and house guests must be protected from hate speech. He told MSPs: “Are we comfortable giving a defence to somebody whose behaviour is threatening or abusive which is intentionally stirring up hatred against, for example, Muslims? Are we saying that that is justified because that is in the home? . . . If your intention was to stir up hatred against Jews . . . then I think that deserves criminal sanction.”

Mr Yousaf said theatre directors and journalists should not be exempt from the bill, to prevent activists stoking tensions under the cloak of dramatic licence or freedom of expression. He said: “We wouldn’t want to give the likes of Tommy Robinson a defence by saying that he’s ‘a blogger who writes for The Patriot Times so my reasonable defence is that I am a journalist’.”

The act draws upon a review of hate crime legislation by Lord Bracadale who told the committee that he did not recommend removing the “dwelling defence” and said MSPs’ concerns that it could intrude into private homes were “well founded”. “No suggestion had been made to me that the existence of the dwelling exception had inhibited the [Public Order Act],” he said.

He acknowledged that the Law Commission, the statutory body that reviews legislation in England and Wales, had recommended removing the “poorly targeted” exemption from the Public Order Act. One concern raised by the Law Commission was that hate speech in a large public house was exempt from prosecution but in an office it was not.

Lord Bracadale recommended further consideration of the “dwelling exemption” by MSPs to ensure it does not replicate the pitfalls of the Public Order Act.

Humza Yousaf is on record expressing his hatred for Scotland and White people in general — admitting publicly that he believes that Scotland is “too White”.

Would Yousaf ever say that his father’s native Pakistan was “too brown”, or his mother’s Kenya “too Black”?  Need we ask?

We know the small but inordinately powerful Jews of Scotland are on record demanding laws that will make any criticism of them illegal — and Humza Yousaf is their golem that’s going to make that happen.

Those same Jews recently threatened to leave Scotland en masse if the Scottish people continued to insist on their constitutional right to criticize them — or anyone else they disagreed with.

‘Secretary’ Yousaf’s people come from nations that have no concept of freedom, privacy or constitutional rights — which makes him the ideal Jewish “golem” to take away those ideals which are fundamental to White civilization.

And anyone in Scotland who points out that Yousaf’s race makes him biased and unsuitable to make disinterested decisions about enforcing self-serving ‘hate crimes’ will be charged with ‘hate crimes’ themselves — truly Orwellian double-think.

Why is this happening to the Scottish people?  They turned their back on God, and God promised that when they did that, aliens would rule over them:

“The alien who is among you shall rise higher and higher above you, and you shall come down lower and lower.” (Deut 28:43)

All opposition to this ongoing bolshevization of Europe will be crushed with extreme prejudice, often using these racial aliens who have no connection to the people or land to do the dirty work.

As Orwell so aptly put it: