Much to the chagrin of some “never forgive, never forget” Jewish watchdog groups, Neale Hanvey, a Scottish member of the British Parliament who served a suspension for antisemitism, has recently been reinstated by his party after going through an extensive philo-semitic “re-education” program — and cleared to be elected to serve on his party’s disciplinary board:

Neale Hanvey of the Scottish National Party was just elected to his party’s disciplinary board one year after serving a suspension over anti-Semitic social-media posts that resurfaced ahead of the 2019 election. In them, he shared an article featuring a caricature of Jewish billionaire George Soros as a puppet master and another comparing the treatment of the Palestinians to that of the Jewish people during the Holocaust.

He was readmitted to his party six months ago after completing a course at a Holocaust center and meeting with Scottish Jewish community leaders to apologize for the posts.

The U.K.-based Campaign Against Antisemitism criticized SNP for electing Hanvey to the disciplinary board at its party conference, calling it “a wrong move.”

Hanvey, however, defended his election to the board.

“I have always accepted full responsibility for my error in judgment in 2016, for which I have sincerely, and unreservedly, apologized,” he told The National. “I was duly sanctioned for this by my party and complied with those terms without complaint.”

He continued: “I have earnestly sought to atone for my error and have subsequently been commended by the Jewish community for the positive way in which I have dealt with the matter. The support and subsequent recognition I received from Danny Stone, CEO of the Antisemitism Policy Trust, and Andrew Percy MP, co-chair of the APPG [all-party parliamentary group] on anti-Semitism, has been warm, generous and humbling.

“I am currently engaging with the Jewish Leadership Council to support their work in better informing political discourse, and it is my hope that by drawing on my professional experience and the learning from my recent challenges, I can support members with dealing sensitively with such issues. I would suggest the conduct committee can provide more than just a reactive service, and there is scope for their work to take a lead for member development in this area.”

As we previously reported on the case of Neale Hanvey last year, when Jewish groups were demanding that antisemites such as Hanvey be forced to undergo Soviet-style “re-education” gulags — essentially concentration camps for antisemites.

But now that Hanvey has undergone an extensive rehabilitation process, under the close watch of rabbis and other trusted Jewish monitors, many Jews are predictably still not satisfied — and they want Hanvey — and all antisemites — banned from public office forever.

This, of course, is short-sighted — as a new Judaic convert, Hanvey will embrace his newfound philo-semitism with gusto — and like fellow shabbos goy Starmer, he will now enthusiastically rout out any of the goyim who make unflattering comments about Jews even in the privacy of their own homes.

If Hanvey has truly become a “born again” philo-semite, the sky is the limit for his career in politics — and his experience will serve as a lesson to us all.

Forgiveness does not come naturally to Jews — they much prefer holding eternal grudges that span millennia — so in Hanvey’s case they will begrudingly appear to be somewhat satisfied with his “rehabilitation” while at the same time remain vigilant in case of any backsliding — every utterance will be vetted for potential antisemitic “dog whistles”.

After all, if Jewry is going to successfully destroy Scotland, they are going to need the help of Judas Goats like the ambitious Hanvey — bolshevism with a “gentile” face. 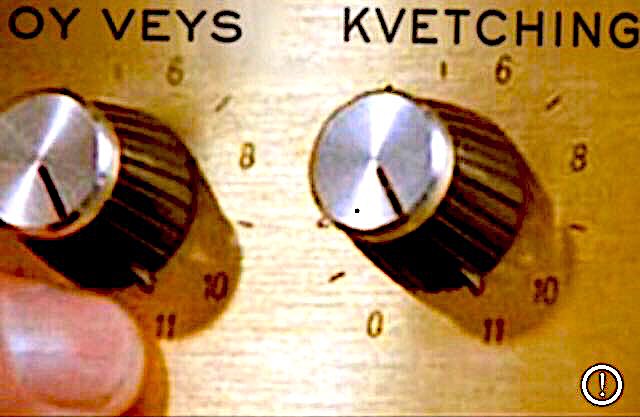