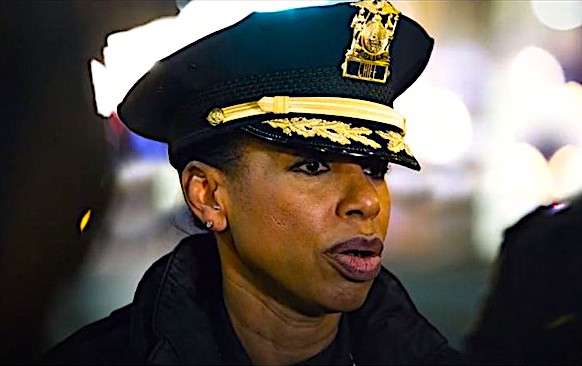 In the midst of the so-called ‘global COVID-19 pandemic’, Seattle’s Black female Police Chief, Carmen Best, used her most recent “chief’s brief” update on the coronavirus crisis to urge residents to dial 911 if they are the victims of racist name-calling:

It’s a time-wasting imperative—and one that’s at odds with the First Amendment.

In her briefing, Best called upon the expertise of a former local news anchor, Lori Matsukawa.

“Hate crimes have no place in our community,” said Matsukawa. “We are all trying to deal with the COVID-19 public health crisis together. If you are a victim of a hate crime or hate-based harassment, please call 911.”

“We will document and investigate every reported hate crime,” Best continued. “Even racist name-calling should be reported to police. If you aren’t sure if a hate crime occurred, call 911. We are here to help.”

…In any case, it does not inspire confidence when Seattle’s top law enforcement authority uses her crisis platform to blur the important distinction between hate crimes and hateful speech. (Seattle PD did not respond to request for comment.)

Since only White people can officially commit ‘hate crimes,’ we can hardly expect a Black police chief, and her Japanese expert on ‘hate crimes’ to have any objectivity in this matter.

Either way, the very idea that she believes ‘racist name calling’ is an actual crime suggests that she is unfit to hold office, as does the fact that there is a 100% chance that her hiring as Police Chief was an affirmative action political act.

That she was given this job simply because of the color of her skin is a ‘hate crime’ in and of itself, and those who hired her should be investigated and charged if found guilty.

But apparently the police chief isn’t alone in in her ignorance: a recent survey found that 6 out of 10 college students considered jokes that offended them examples of ‘hate speech’.