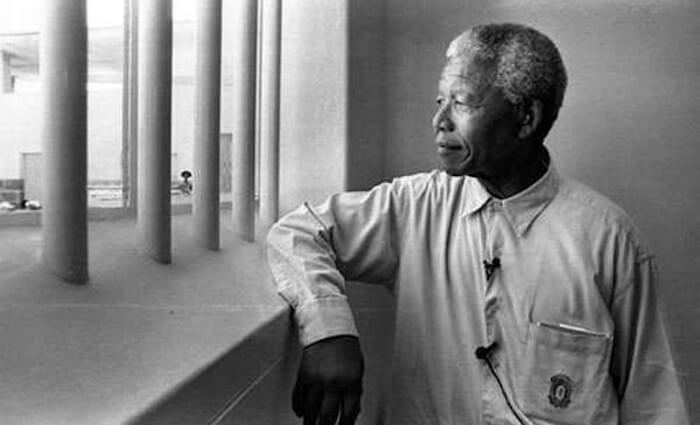 But one discerning top boss with a spare $300,000 (Sh30.2 million) will give up creature comforts for a night in the cramped prison cell that was Nelson Mandela’s home for 18 years.

That is according to organisers of the annual CEO sleep-out, an initiative which raises money for various charities.

A night in his iconic 8-foot by 7-foot (2.4 metres by 2.1 metres) concrete cell will now be auctioned for charity to mark the centenary of prisoner number 46664’s birthday.

“The suggestion was to auction the cell to raise money to fund the Prison-to-College Pipeline… educating incarcerated people in South Africa,” says Liane McGowan, spokeswoman for the CEO SleepOut South Africa.”

White self-loathing continues in South Africa, as they continue to idolize the communist and domestic terrorist Mandela, who hated White people for being White, not because of “Apartheid”.

Mandela got off lightly with only 27 years in prison – if the White SA government hadn’t feared making a martyr out of him, they would have rightly executed him for his serious crimes. But Mandela turned into a martyr anyway, and now Mandela’s communist dream is coming true as Whites are murdered and their land stolen.