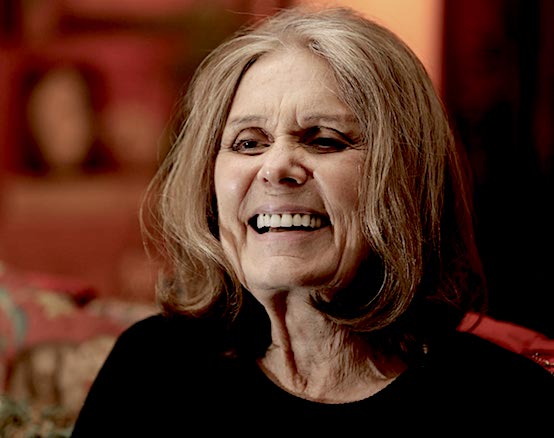 “Another is why Hitler was actually elected — and he was elected — and he campaigned against abortion. That was he padlocked the family planning clinics, OK, so that is still relevant in terms of the right-wing,” Steinem said.

She was promoting the third edition of her 1983 book “Outrageous Acts and Everyday Rebellions.” After Steinem made her Hitler reference, the NBC hosts basically ignored it and continued talking about her book.

But conservatives didn’t ignore it.

“I’m afraid Gloria is getting a bit dotty in her old age,” Fox News Laura Ingraham said Tuesday night. “She is essentially arguing that in order to save humanity, you have to kill off more humans.”

“Hitler was vehemently anti-abortion for Nordic Germans, and vehemently pro-abortion for the so-called inferior races,” D’Souza noted. “This can hardly be called a pro-life position!”

Indeed. Hitler was hell-bent on mass genocide, murdering millions of Jews and others, while at the same time promoting large families for what the Nazis called the “Aryan race.” To lump the dictator of the Third Reich in with activists today trying to protect the unborn is at the very least, intellectually dishonest.

Steinem’s original Nazi comparison came from her 1980 essay “If Hitler Were Alive, Whose Side Would He Be On?” published in Ms. magazine and is included in her book. In the essay, Steinem goes after pro-lifers and religious conservatives during a time when Ronald Reagan was about to be elected president.

The jewish obsession with Adolf Hitler and the “Nazis” will ultimately cause their own political undoing.  Whether liberal or “conservative” Jews, they all accuse their opponents of being Nazis, which shows just how meaningless this smear campaign has become.

Keep pushing Nazis and the so-called Holocaust and eventually people will turn a deaf ear to it all, especially when everyone, at one time or another, left or right, is either “antisemitic” or a “neo-Nazi”.

And the more Jews bring up Nazis, the more likely people will start investigating what the Nazis were really about and what they stood for, not just how the Jews want us to see them.   The majority of White Americans are against abortion, and that means the majority of Americans share the same views on abortion as Nazis.

What else does White America have in common with “evil” Nazis?  Before too long, Jews are unintentionally going to make Whites think that perhaps Nazis weren’t so “extreme” as we’ve been led to believe.  And when that happens, the Jews will have to invent another straw man.